I picked up Patoranking from slum – K-Solo 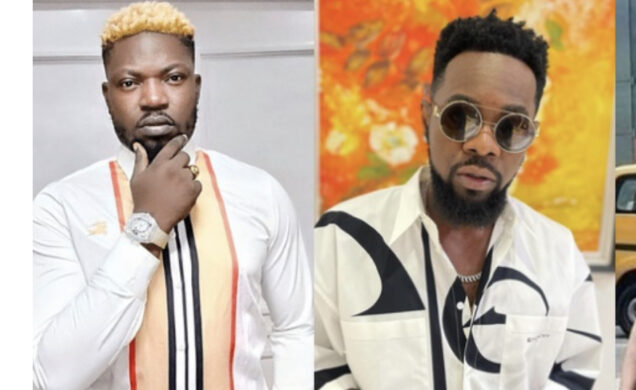 Ace music producer, Solomon Oyeniyi, popularly known as K-Solo, said he was the first to pave the way for singer Patoranking.

K-Solo had earlier criticized Patoranking after the Abule singer said Timaya was responsible for his success.

He said, “Funnily enough, a lot of his (Patoranking) actions have been in my black book but I saw him as a young man striving to make ends meet. Some of us paved the way for you and gave you a voice. You should also give value back. The value isn’t even about money, but acknowledgement.

“For going on stage that day and saying Timaya brought him out from the slum was funny because I was the one who brought him from the slum. I helped him to start his music career. He met Timaya at my studio and Timaya was actually my boy at that time.

Coming on stage and portraying ‘crocodile’ emotions was so fake to me. The reason I called him out was that as much as he wanted Timaya on that stage, he also didn’t have a good time with Timaya before that day. One shouldn’t see the people feeding one at the moment as one’s all-in-all. You don’t throw away the people who also paved the way for you. You should not despise that little beginning. I don’t have any other agenda or reason for calling him out. Some people said I was jealous, while some said I wanted to bring him down. I believed in him before any other person did. All I want for him is progress. I only cautioned him.”

K-Solo who was not concerned about the barrage of criticism that trailed his post said, “I have been through the thick and thin of the Nigerian music industry with the level I have got to.

”Nothing can make me feel funny about anybody’s opinion. You need to understand is that most of the kids on social media today are between 20 and 25 years old.

” I ‘picked up’ Patoranking over 10 years ago. So, they (social media critics) don’t even know anything about my relationship with Patoranking. I don’t see the reactions as criticisms. I see it as people having their own ideas. I respect people’s ideas and opinions.”