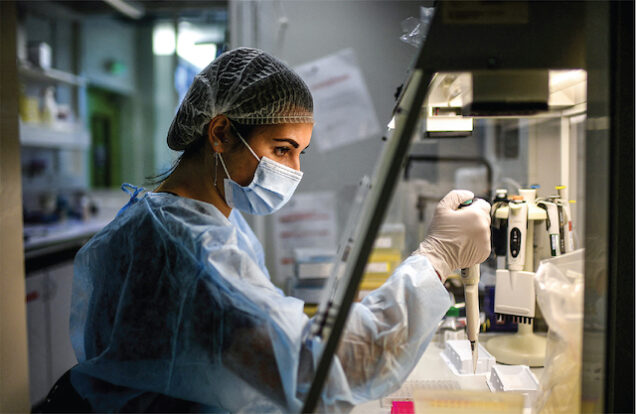 French scientists have found a new Covid-19 variant, linked with travel to Cameroon. Some 12 cases have been spotted so far near Marseille,

The mutant strain has 46 mutations that are thought to make it both more vaccine-resistant and infectious than the original virus.

But there is little sign that it is outcompeting the dominant Omicron variant, which now makes up more than 60 per cent of cases in France.

According to a report by Mail Online, the strain was discovered by academics based at the IHU Mediterranee Infection on December 10.

So far, it has not spread rapidly since.

It is also yet to be spotted in other countries or labelled a variant under investigation by the World Health Organization.

Professor Philippe Colson, who heads up the unit that discovered the strain, said: ‘We indeed have several cases of this new variant in the Marseille geographical area.

‘We named it “variant IHU”. Two new genomes have just been submitted.’