Ngige: Nigerians will shock PDP in 2023 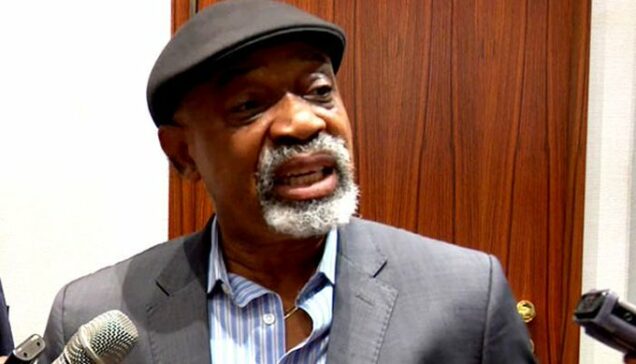 The Minister of Labour and Employment, Sen. Chris Ngige, has said Nigerians will shock the Peoples Democratic Party, PDP if the party is planning to defeat the All Progressives Congress, APC by choosing a northerner as its candidate for the 2023 presidential election.

Ngige said this during a chat with journalists Anambra state while insisting that Nigeria’s next president should come from the Southern part of the country.

The Minister said there is an unwritten agreement among politicians and political parties for rotation of offices and in the case of the PDP, written down in its constitution.

But Ngige claimed PDP leaders are waiting for APC to choose a southern presidential candidate, so they can pick theirs from the North in clear breach of the rotation convention and the rotation principle enshrined in the PDP constitution.

He said: “Their top apparatchik thinks they are smart. They want to play a fast one. They are waiting for APC to say South. Their calculation is that when that happens, they will go North. Number one, that will be an act of bad faith because it will mean that they have taken the people in the South South and South East that have all along supported PDP 90 percent in all the elections, for a ride.

“The PDP will be shocked the way the South East, the South South and other minorities, in fact, Nigerians as a whole will revolt. I was a founding member of the PDP. I was in its National Executive Committee as the Assistant National Secretary, South East and served in many strategic standing committees. I was elected governor on the platform of the PDP. I know that the constitution of the PDP is clear on rotation of power and zoning of offices between the North and South.

“So , if they are waiting for our great party the APC to choose a Southern candidate so they can quickly turn and present a Northern candidate at a point the dominant mood in the country is for power to shift to the South, then, they are deceiving themselves. Nigerians will shock them.”

While further declaring his support for zoning, Ngige said it will create stability, unity, equity, progress, confidence, patriotism and ensures that no one ethnic group or section of the country, dominates the other.

He argued that the 1999 constitution (as amended) supports rotation of political offices.

He pointed to Section 14 (3) of the constitution which he said stipulates that clear on the “composition of government at the national, states and even local government level, in such a way that there should be no actual or perceptions of domination by any single tribe or group of persons from one ethnic nationality so as to engender confidence and patriotism.”

“Governance and equitable sharing of offices at all levels of the federating units stem from this provision. So in effect, we all agree, flowing from that constitution that government at any level, the legislature, the executive and even to an extent, the judiciary, should reflect national spread in manner no particular group should dominate the other.

He also added that it is expected that the APC will respect zoning and zone its presidential ticket to the South in 2023.

“So, we expect that our national chairman this time around will come from the North and our Presidential candidate will come from the South and it is left for the Southerners to decide the zone it will go among Southeast, South South and South West but for equity and moral ground, the South East should being the only yet to produce the President since 1999.”