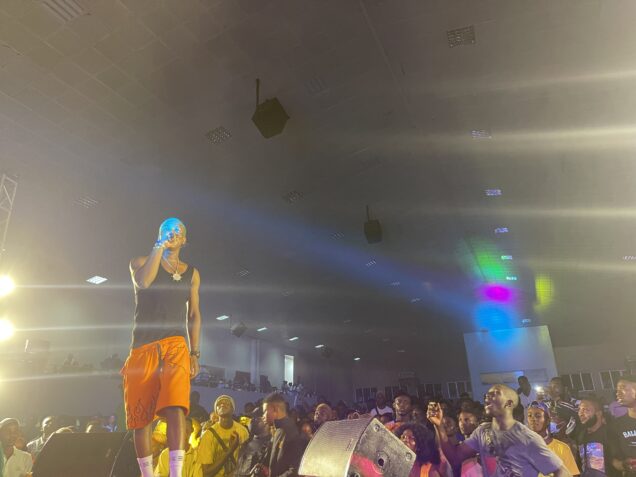 Zlatan, Buju, Blaqbonez and DJ Spinall were among the entertainers that performed at the first major concert of Bella Shmurda, held in Ibadan, Oyo state.

Bella, alongside other entertainers, thrilled a crowd of fans and music lovers who thronged the Kakanfo Inn and Conference Center with several of their hit songs.

Others who performed at the event include AV, Ruger, Areezy, Bad Boy Timz, Jamopyper, Seyi Vibez among others.

Check  out photos from the concert;