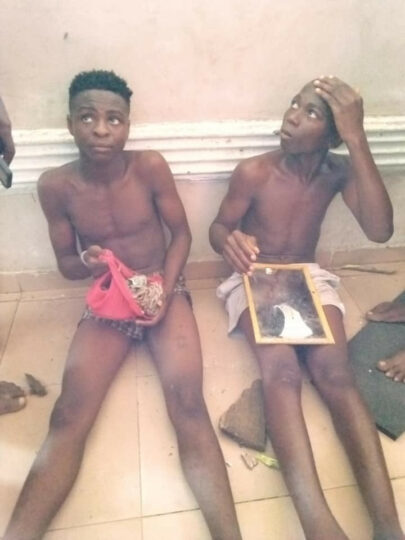 Two teenagers were caught while attempting to use a 14-year-old girl for money ritual purposes in Bayelsa State.

The two boys said to be 15 years old, were caught in the early hours of Monday, January 3, at Sagbama Federated community in Sagbama Local Government Area of the state.

It was reported that the boys lured the girl with their prepared charm to an uncompleted building, but were caught by a passerby who raised alarm.

One of the boys is said to be the son of the traditional ruler of the Amanana-owei community.

However, the spokesperson of the Nigerian Police Force in Bayelsa, SP Butswat Asinim is yet to confirm the story.

Calls and messages to his phones have not been responded to as of the time of filing this report.