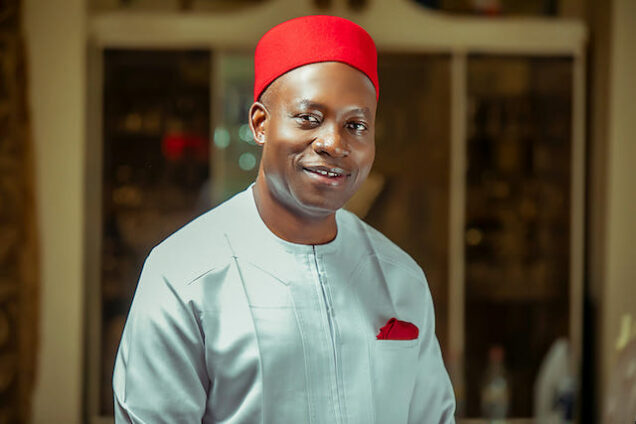 On 6 November 2021, the people of Anambra State set high standards for their neighbours in the South East region of Nigeria and beyond when they voted a professor of Economics, former governor of the Central Band of Nigeria and one of Africa’s leading critical thinkers, Chukwuma Soludo, into office as their governor. The whole country had waited with bated breath during the campaign. The question on everyone’s mind was, would merit finally overwhelm mediocrity in Nigerian politics?

But Soludo’s landslide victory has raised hopes of better days for Nigeria, moreso for the South East region, afflicted by a crippling vacuum in political leadership for decades. Indeed, since the demise of the Owelle of Onitsha, Dr Nnamdi Azikiwe, and Dim Chukwuemeka Odumegwu Ojukwu, South East Nigeria has grappled with the weight of uninspiring political leadership, which lacks the strength of character to awaken the people. The cost of this prolonged leadership vacuum has been high in economics and blood.

It is understandable that Soludo’s victory should raise hopes…hope that tenacity would always pay off; hope that the Nigerian society has a capacity to redeem itself and hope that given the right conditions, the best among us might get a chance to lead us.

A sense of justice pervades Soludo’s emergence. In 2009, he had lost his first stab at becoming a governor to Peter Obi. Unfazed by that experience, Soludo had re-launched his bid for governorship in 2013, but was disqualified by the All Progressives Grand Alliance screening committee. He did not allow the experience to shake his loyalty to the party. And on March 31, 2021, he survived the greatest obstacle to his dream of becoming governor when he escaped, unhurt, from a violent attack by gunmen who disrupted his engagement with the youths of his Isuofia hometown. A faint-hearted candidate would have ended the journey that day, but Soludo trudged on. The underlying lesson here is that if the force of our dream is not strong enough to survive the fire of adversity, we fall by the wayside.

Soludo is not alone. Igboland has a long line of bright minds, who had shown a great deal of interest in providing political leadership to the people. Before Soludo’s success, Prof Barth Nnaji had made a silent bid to lead Enugu State, but was discouraged by the blood and gore that marked the politics of the state at the time. Nnaji is extraordinary. He is cited as the first black man in American history to become a distinguished professor of Engineering, the first African to become Director of the United States National Science Foundation, and the first Nigerian to win the Baker Distinguished Research Award, which is widely considered as the Nobel Prize for Industrial Engineering. Beyond all these, Nnaji is renowned for his expertise in Artificial Intelligence and Robotics. He shied away from Enugu politics and never looked back. What a loss!

Yet, it is one loss that has worsened the pathetic state of political leadership in the region. In the absence of candidates with outstanding profiles, the South East has suffered in the hands of career politicians and professional power-mongers, who have no imagination to engage the future. At a time the region needs first class thinkers to wipe out the consequences of the indifference of the Federal Government to its plight, successive governors in the South East have shown a regrettably poor grasp of nuance and utter lack of imagination to chart a new course. They have largely resorted to playing the victim where they should have played the revolutionary, and opted for self-serving stratagems where conscionable populism would have served a greater purpose. Since everyone is aware of a deliberate attempt by the Federal Government to deny the South East its fair share of investments, the challenge is for the leadership to wend its way around the neglect to negotiate new frontiers of excellence. At the moment, only Willie Obiano of Anambra State and Dave Umahi of Ebonyi State have demonstrated that, with a wise and competent management of resources, the South East can erase her infrastructural deficits. Unfortunately, Obiano and Umahi are oases in a desert of crippling incompetence.

Regrettably, the lack of inspirational leaders has laid the region bare for hotheads and anarchists to rob the people of peaceful sleep. The growing insecurity in the South East has crippled economies and wrenched food off dining tables. The results were telling last Christmas. Igboland was a shadow of itself. The footprints into South East had decreased. Most village squares were empty. The streets lacked vigour. The unknown gunmen have driven the final nail in the economic coffin of the South East under the watch of our political leaders!

Soludo’s emergence is, therefore, the proverbial trumpet call. Igboland has lived in denial enough. Our destiny is in our hands. We are the change we seek. The time of pointing fingers at imaginary enemies is over. We must accept responsibility for our current situation and think our way out of it. We must roll up our sleeves to enthrone a new order of reality. Again, APGA offers us a creative window to change the game. APGA’s manifesto insists that the party must “attract the best and brightest into our politics and public service by aggressive recruitment of private sector people, academics and professionals within Nigeria and in the diaspora through internships, fellowships, executive appointments and special nominations to contest elective offices.” Here is a party that has resolved to give a chance to Nigeria’s best and brightest. Here is a party that has chosen to cast its net beyond the career politicians. Governor Obiano came to office as a technocrat. Soludo will take over as an academic and highflying public intellectual with an impressive record of service. That is inspiring!

Word on the street is that Soludo is the trigger that will ignite a revolution in South East politics and the search for regenerated leadership. It is hoped that the former CBN governor is fully aware that as the next leader of APGA, he has a historic obligation to finally build the party into a formidable political movement. The current political temperature of the region is amenable to change. A re-invigorated and re-focused APGA is a major component of that change. This is the unconsidered meaning of Soludo’s emergence as governor-elect of Anambra.