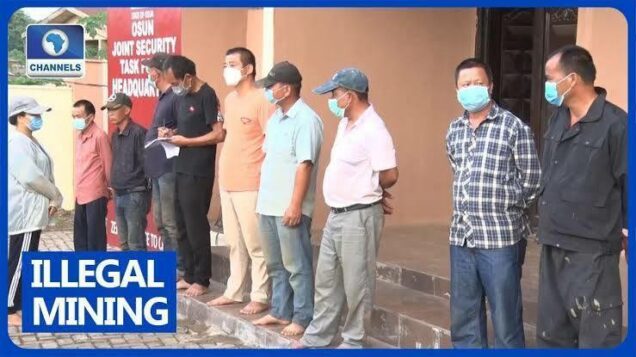 She said the three male Chinese nationals arrested will be handed over to the Nigeria Immigration Service to establish their immigration status in Nigeria.

She said substances suspected to be cannabis, and other forms of hard drugs were also, recovered.

Adeh said the two suspects linked with the possession of the aforementioned drugs would be handed over to the NDLEA.

She said the suspects would be arraigned in court upon completion of investigation.

Adeh said heads of the security agencies in the region had embarked on a massive raid and mop-up operation in all hideouts, camps and areas serving as refuges to the miscreants.

She said the operation was targeted at addressing the menace of kidnapping, banditry and other criminal activities in the abutting six states of Kogi, Niger, Kaduna, Nasarawa, Benue, Plateau, including the FCT.

She said the idea was to further promote confidence building and take the fight against miscreants in their hideout at the various boundaries between the FCT and the said contingents states.

According to her, the continuation of Tuesday’s operation in Matte, Kwali area council, to reclaim the village, recently invaded by suspected bandits, was successful and immediately followed up with deployments to provide the needed security.

“In compliance with the G-7 mandates, on day two of the operation, the JTF continued the patrol of villages sharing boundaries with Nassarawa state.

“Upon the receipt of actionable intelligence, the team stormed a camp at Azam village, where an illegal mining site of about 40 minutes walk distance from the said village was discovered.

“The miners who were said to have established a symbiotic relationship with bandits/ Kidnappers engaged the team in a gun duel and were forced to retreat and subsequently, over powered by the superior fire power of the JTF,” she said.

Adeh said majority of the suspects were from the various bordering states and confessed to have enjoyed unfiltered cooperation with the head of the local community who was immediately arrested.