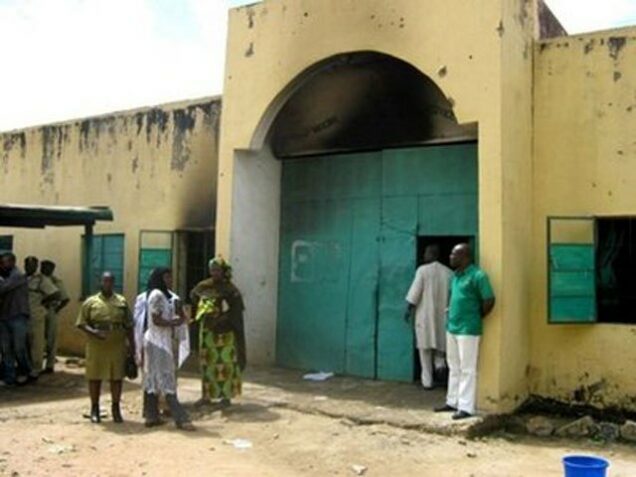 Aborted jailbreak in Ile-Ife. Above A typical custodial centre in Nigeria

Four inmates have died at the Nigerian Correctional Centre, Kosere Area, Ile-Ife, during an attempted jailbreak.

A top security officer said that some inmates had planned to escape during the morning sanitation and while attempting to flee the centre, injured a warder.

He explained that the inmates were about to force their way out when security men repelled them, killing four of them.

Others who wanted to escape ran back.

However, the Police Public Relations Officer, Osun Command, Ms Yemisi Opalola, confirmed the incident but pleaded for more time to get the details.