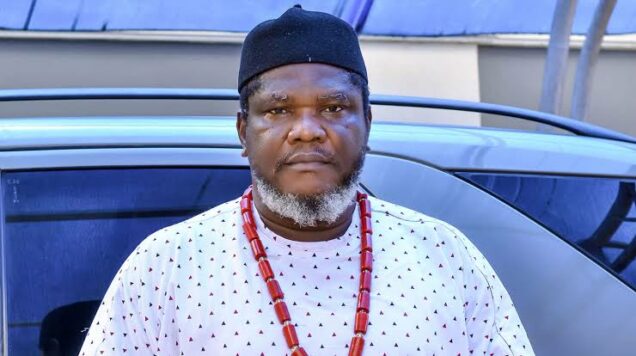 Nollywood veteran, Ugezu J. Ugezu, has advised his fans and followers to adopt silence as the best reaction to social media attacks and trolls.

The veteran actor also known as Mr. Surplus went on to explain the two types of social media trolls, categorizing them as close friends using faceless accounts and jobless individuals who are already defeated but wallow in pitiable jealousy.

While highlighting the beauty of’silence’ in such situations, the thespian who maintains a classy Highlife music band called Ayaka Enugwu-Ukwu noted that it does indeed have a ‘golden voice’ that speaks volume even when no words are uttered.

“Many, if not all those faceless accounts that attack you online belong to your close friends. IGNORE.

“All those accounts travelling the streets of social media mentioning your name to ridicule you are jobless individuals, already defeated, but wallowing in pitiable Jealousy.

“Many of my sons, daughters and friends are learning the SACRED VOICE OF SILENCE….Silence has a golden voice.

“That you are called out has not brought you out. You are out only when you are out.

“Remember, SOMEONE WHO IS ABOVE YOU CAN NEVER CALL YOU OUT….IT MUST ALWAYS COME FROM PEOPLE BELOW YOU. T H I N K!”