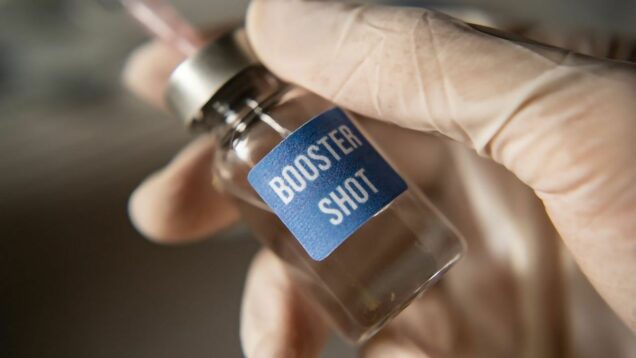 The percentage of adults in Germany who have received a booster vaccine against the Coronavirus has risen to 47.6 per cent, according to data released on Wednesday by the nation’s disease control body.

So far, almost 33.4 million booster doses had been administered, including around 480,000 on Tuesday alone, the Robert Koch Institute (RKI) said.

The third jab has been considered one of the most effective tools against the Omicron variant of the virus, which is more transmissible than Delta.

Currently, 71.4 per cent of the entire German population had received the basic course of coronavirus vaccination, which for most people would have meant two jabs.

Some 74.3 per cent of the population have had at least one dose.

The German Government has set itself a goal of reaching 80 per cent by the end of January, after postponing its original target date of Jan. 7.

Germany is facing a lack of comparable data on the Coronavirus due to a lag in testing and reporting over the festive season.

However, it was clear that Omicron was gaining ground in the country and policymakers were discussing possible responses to an expected surge in cases, such as shortening the mandatory isolation period for people who test positive.

So far, 42,556 cases of the variant had been confirmed, the RKI said on Wednesday.

On Wednesday, 58,912 new cases of Coronavirus infection and 346 deaths were reported.