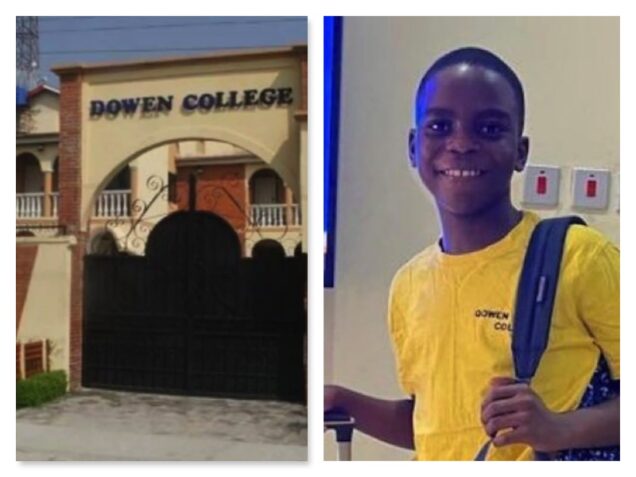 The mother of the deceased 12-year-old student, Sylvester Oromoni, has called on higher spiritual powers to avenge the death of her son.

Sylvester was a student of Dowen College, Lekki before his untimely death.

Reports that he was bullied and made to swallow a “chemical stuff”, went viral after his death.

Dowen College was shut down, five students and five employees were apprehended for complicity in the sudden demise of Oromoni.

However, after preliminary investigations and autopsy reports were released, the Lagos State Government DPP claimed no prima facie case had been established against the 10 suspects initially arrested.

In reaction to this, Mrs Oromoni wailed and cursed on anyone involved in the death of her son.

According to her, some unnamed government officials have derailed the truth and published lies.

“I thank and appreciate the love Nigerians have for us. God will fight for you all as you have fought for us. But this battle, the everlasting living God will surely avenge the death of my son, Sylvester.

“For this, the whole world will know that there is a God. King of Glory arise, cut the lives of those who killed my son, short. And their supporters may they feel your wrath”.

She prayed to be alive to witness the vengeance.