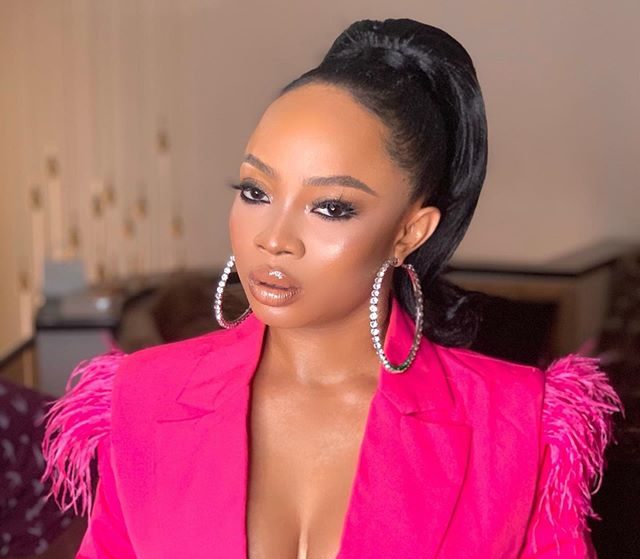 The 37-year-old through her legal team claimed she has never met Aliyu Abubakar.

A letter signed by Adeyinka Olumide-Fusika SAN, urged the businessman to take action against the malicious online platforms, claiming that his client did not have any business with the said publication.

Part of the letter read: “My client, Toke Makinwa is surprised to receive your letter in the above caption dated January 1, 2022, even after she had, on an earlier telephone call on the same issue, told Mr Feml Falana, SAN that she has never heard of your client’s name or his existence as a human being before his phone call.

”Perhaps you will consider redirecting your demand letter to the mischievous characters (that is, the online publishers) who, hiding under the anonymity of the internet and obviously aiming to exploit my client’s name and image to attract traffic to their worthless websites, authored and published the fictional association of your client with her, which speaking frankly, demeans her self worth as a woman and insults her psyche as a human being (as may have been the further motive of the fabricators and purveyors).

Meanwhile, Aliyu Abubakar in a statement signed by his media aide Kadiri Joseph said he has directed his lawyers to acknowledge receipt of the letter

The businessman had on January 1, threatened a lawsuit against Toke over false allegations.

An online report had claimed that Toke, the self-proclaimed ‘Queen of The Buzz’ had accused Aliyu of dating her and making false promises to her.

According to reports, because of the alleged false promises, the actress reportedly slammed a lawsuit against the businessman.

Aliyu, however, debunked the accusation. He also gave the Toke a 48 hours ultimatum to retract “the false allegation” or face a N50 billion defamation lawsuit.

Aliyu also said he never met with the actress and wondered why she would make such allegations against him.