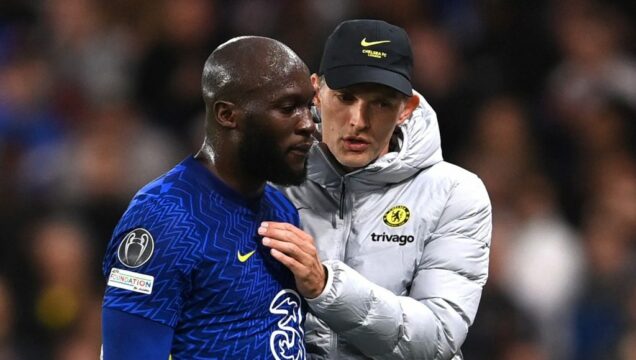 Chelsea striker Romelu Lukaku has apologised to the club fans, the manager Thomas Tuchel and the board, for his comment that he was frustrated at the club.

In a video released on the club website, Lukaku said he was sorry for the upset he had caused.

“You guys know the connection that I have with this club, since my teenage years, so you know, I totally understand you guys being upset,” he said.

“Obviously it’s up to me now to restore your trust and I’ll do my best to show commitment every day on the training ground to make sure that we win games… and also to the manager to my team mates and the board because I think it was not the right moment also.”

Lukaku signed for Chelsea from Inter Milan in the close season for a club-record fee of 97.5 million pounds ($131.83 million).

Chelsea manager Thomas Tuchel has also made case for Lukaku.

He confirmed Lukaku’s apology and that he has returned to training.

The Belgium international, 28, was left out of the squad for the 2-2 draw against Liverpool at the weekend after telling Sky Italy that he was not happy with the “situation” at Chelsea and would like to return to Italy some time in the future.

“We have given it time to look calmly back on. He apologised and is back in the squad for today’s training,” Tuchel told reporters ahead of Wednesday’s League Cup semi-final first leg at home to Tottenham Hotspur.

“For me, the most important thing was to understand – and clearly understand – it was not intentional. He did not do this intentionally to create this kind of noise in front of a big game.”

“He is an emotional guy, he does not hold back with his opinion. It created some noise that you don’t want but there are zero doubts in his commitment to the team,” Tuchel added.