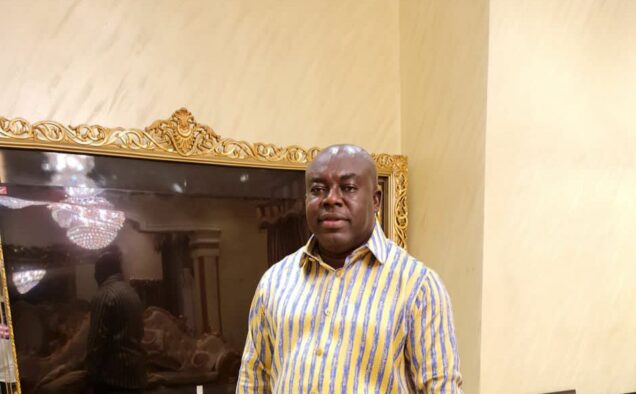 Ambassador Mpakaboari LongJohn, is a Nigerian business tycoon and renowned philanthropist. He is most popular amongst his people for his selfless acts of service and genuine interest in the development of his society.

He believes giving back is a great way to get to appreciate and live a happy life as well as connect with the community and its citizens. Starting from the grassroots, he craves to elevate his people off poverty.

Coming from a poor background where he had to struggle to live by every day, he worked himself to the top as a successful entrepreneur and billionaire by being consistent and diligent in his dealings with work.

Mpaka Longjohn, is the founder and president of MLJ Marine Oil and Gas, including other chains of business
within and outside Rivers State. Mpaka is a billionaire that has seen and had many experiences in life both pleasant and bitter ones.

Coming from a poor background where he had to struggle to live by every day, he worked himself to the top as a
successful entrepreneur and billionaire by being consistent and diligent in his dealings with work.

He literally struggled to get everything required for him to survive and as the eldest son with a whole lot of responsibilities shouldered on him, he struggled to raise his younger siblings right.

He has been widely recognised because of his humanitarian assistance to several communities in his hometown and to many individuals in Kalabari land, Rivers State and
Nigeria at large.

Although he has funded so many NGO projects, he was not satisfied. This is evident in his relentless efforts towards raising and elevating people who are impoverished as well as provide empowerment, financial and material support to the less privileged within his reach. These he finds fulfillment in doing.

He is the founder of the Mpakaboari Longjohn Foundation (MLJ Foundation), a reputable Non-governmental Organization (NGO) in Nigeria, touching lives, empowering minds and transforming lives of the less privileged for the betterment of the community and nation at large.