Five students and five employees of Dowen College accused of complicity in the death of 12-year-old Sylvester Oromoni, have been cleared by the Lagos State Government.

The state cleared them as well as the school following the legal advice of the Director of Public Prosecution, DPP, Ms. Adetutu Oshinusi.

Oromoni died on 30 November 2020 in Warri, following ill-health said to have been caused by bullying by senior students.

The legal advice said no prima facie case has been established against all the suspects, including the five students.

There is no prima facie case of murder, involuntary manslaughter and or malicious administering of poison with intent to harm against the five students, the DPP said.

The DPP’s letter was addressed to the Deputy Commissioner of Police, State Criminal Investigation Department, SCID and the trial magistrate, Magistrate Olatunbosun Adeola.

According to the advice, the interim and final autopsy reports issued by the Lagos State University Teaching Hospital and toxicology report of post mortem samples and that of the Central Hospital, Warri were in agreement as to the cause of death.

The cause of death was attributed to Septicaemia, Lobar Pneumonia with Acute Pyelonephritis, Pyomyositis of the right ankle and Acute Bacteria Pneumonia due to severe Sepsis.

The result of the toxicology is also not indicative of any toxic or poisonous substance in the body of the deceased.

The state also cleared the minors of belonging to unlawful society due to insufficient facts to establish the offence.

“To hold otherwise would amount to sniffing for an offence and a speculative act which is not permitted in law.

“It is trite law that suspicion no matter how grave cannot be a ground for conviction”.

The state, therefore, directed that all the suspects should be released if they are still in custody.

The students have been on bail since 21 December after they were charged by the police.

The police charged the boys who are minors with conspiracy and homicide.

Yaba Chief magistrate Olatunbosun Adeola, after hearing the bail application from the defendants’ counsel, ordered the defendants to produce two sureties each in like sum.

Adeola said that one each of the defendants’ sureties must be their parent and must swear an affidavit of compliance.

The students were on Dec. 9, remanded in a juvenile home over the death of their schoolmate who was allegedly attacked in a case of bullying while in school. 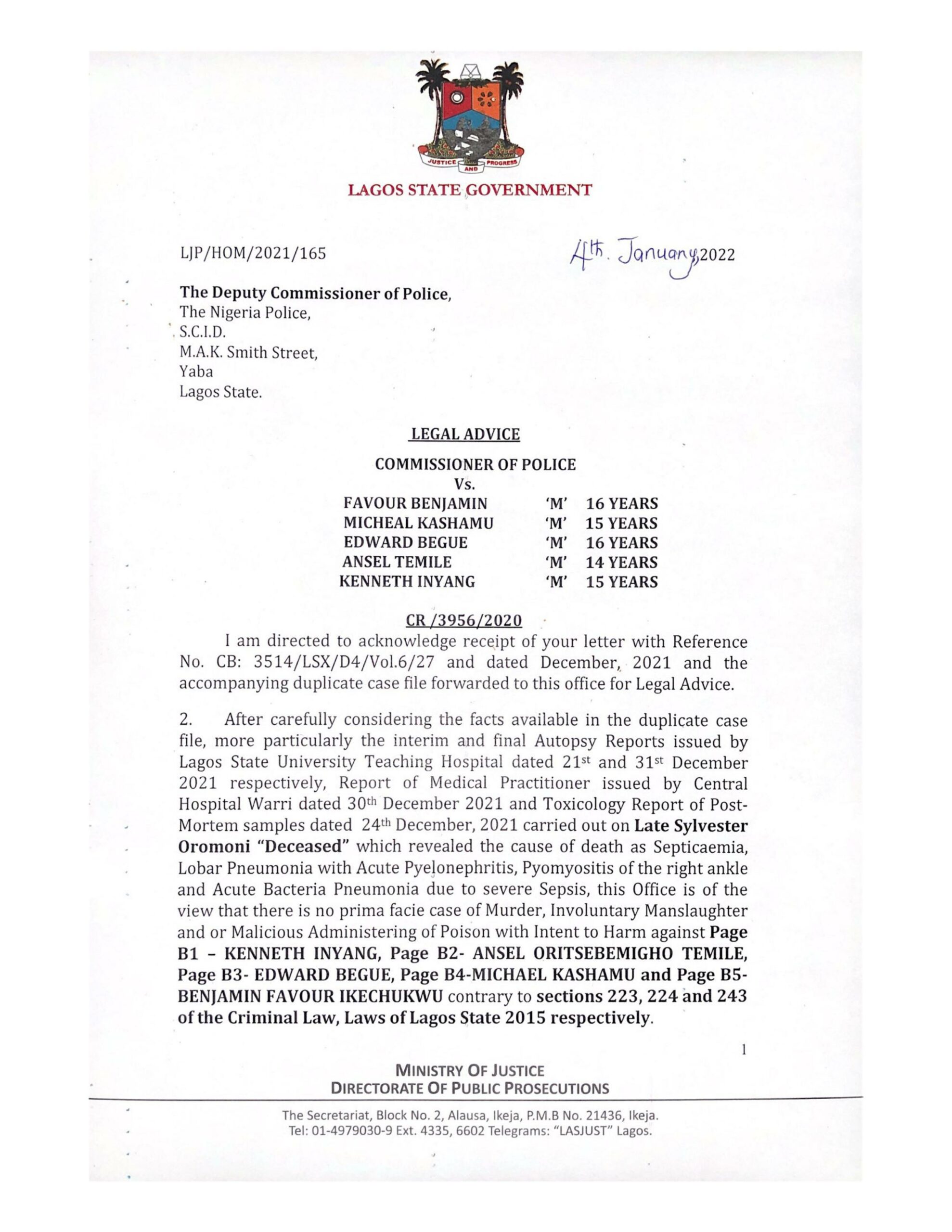 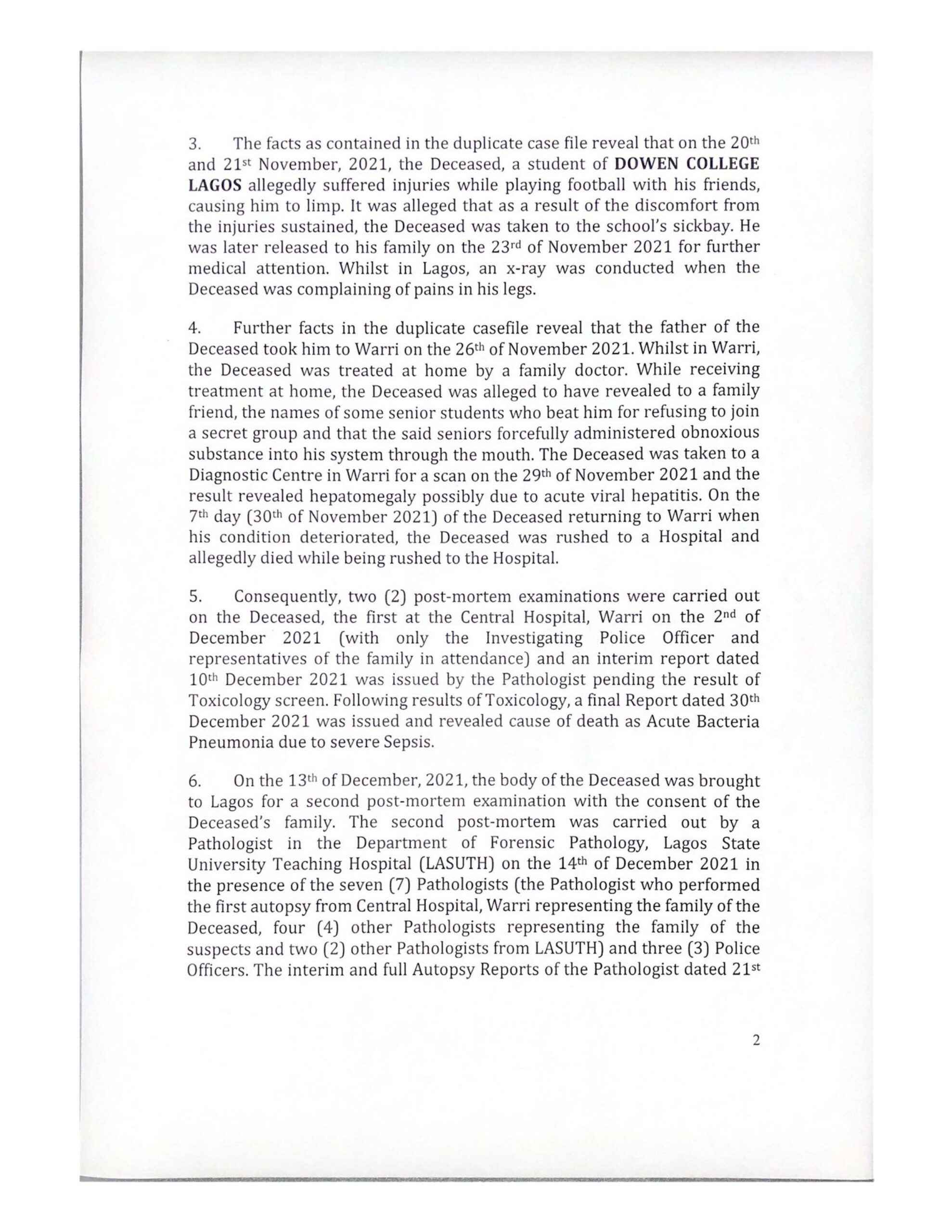 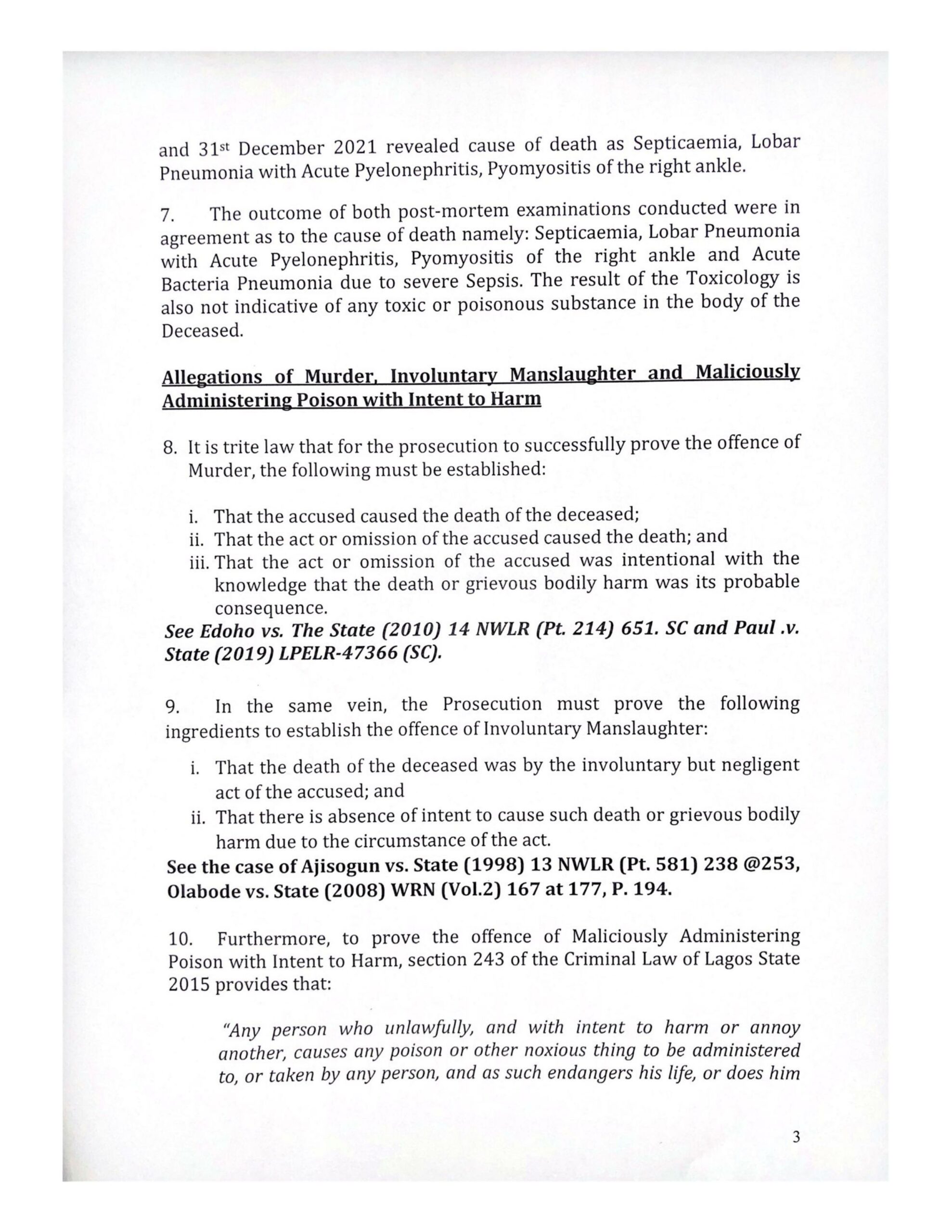 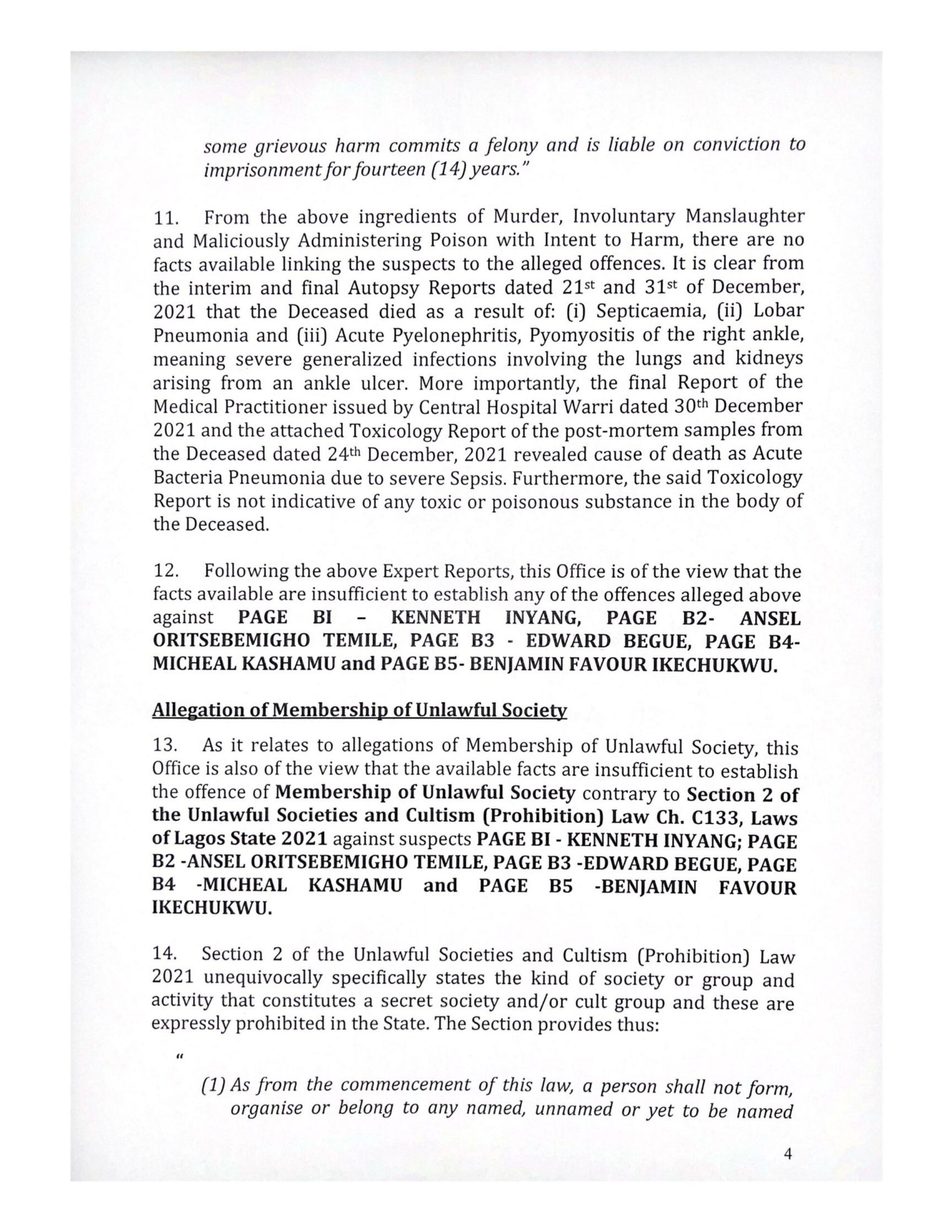 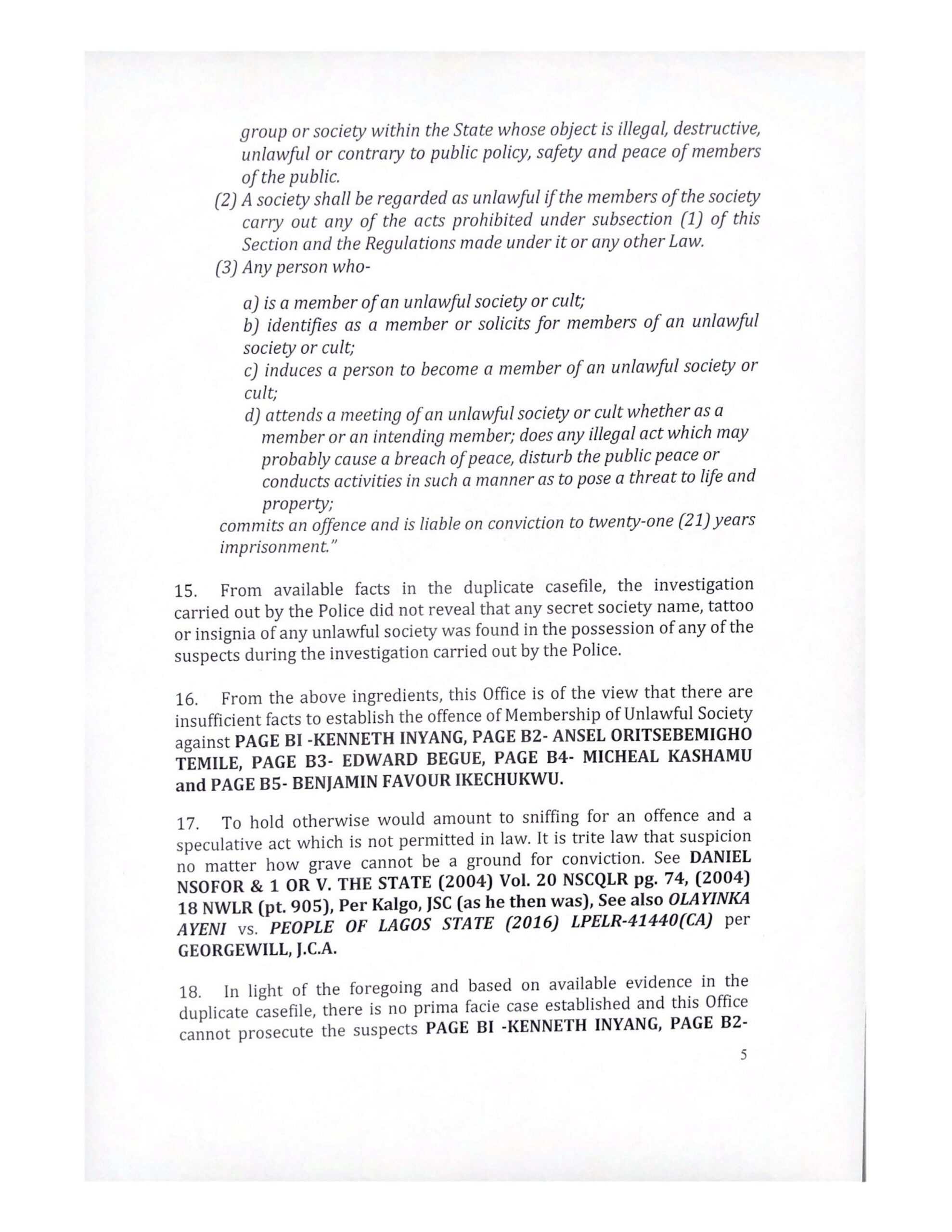 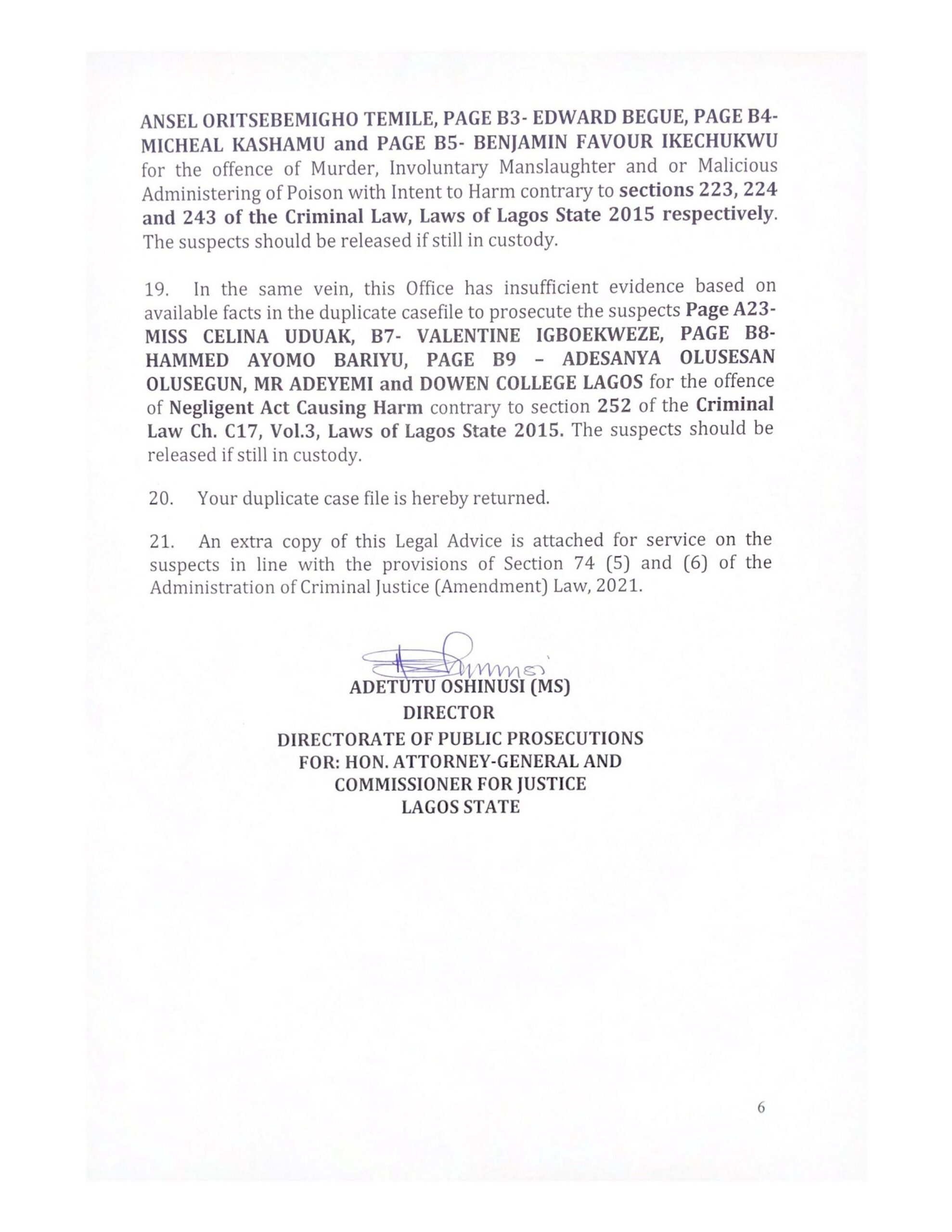