Buhari: I have favourite successor , but will keep name secret 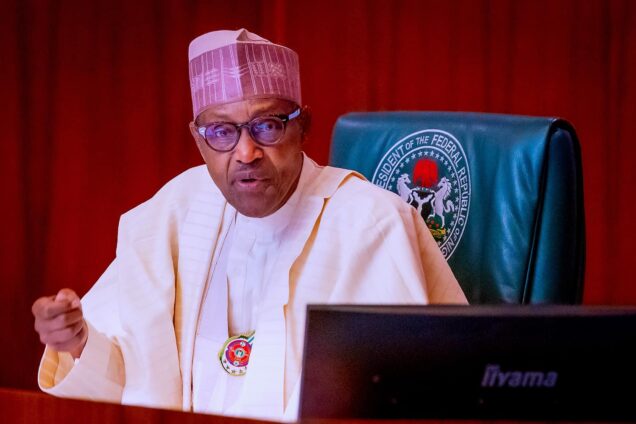 President Muhammadu Buhari on Wednesday said he has a favourite successor in 2023, but he will keep the identity of the person secret.

Pressed on whether he has any favourite in the APC, he added: “No. I wouldn’t because the person could be eliminated if I mention it. I better keep it secret.”

He stated this in an interview on Channels television on Wednesday

At first he said: “I am not interested in who becomes the presidential candidate of the ruling All Progressives Congress (APC) as I am open to the emergence of anyone.

“The only important thing (is) I made sure that on record, nobody should ask me to come and give any evidence in any court.

“Otherwise, whoever it is, he will be in trouble. Because all the important things are on record. I made sure about that. Important issues are all on record.”

But when he was pressed again to divulge his favourite, he caved in, agreeing he does have a favourite. But he said he would not divulge the name so that he is not eliminated.

On his refusal to assent the Electoral Act Amendment Bill, the president said that it did not provide options for political parties to choose their candidates, saying the options of direct, indirect and consensus should be exploited by the parties.

He said: “I don’t support direct primaries because I want people to be given a choice. You can’t give them one option and think that you are being democratic.

”Let them have the three options. I don’t think I told them what I don’t like. All I said (is) there should be options. We must not insist that it has to be direct. It should be consensus and indirect.”

“I’m aware of it. But as I said, look at the vastness of Nigeria, only 2.4 per cent of the arable land is being used. We realized it rather too late. We have to go back to the land,” he said.