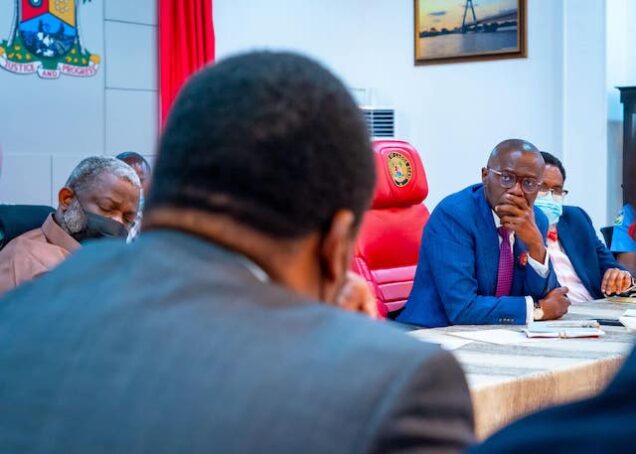 The Lagos State Government has ordered its officials to immediately identify available plots of land within the Shangisha village scheme, that can be allocated to judgment creditors the Shangisha Landlords Association.

Officials ordered to look for the vacant plots are the Surveyor-General of Lagos State, the Permanent Secretary, Lands Bureau, and the Commissioner for Physical Planning and Urban Development.

This was one of the decisions reached on Wednesday when the Lagos Government met with stakeholders on the Magodo/Shangisha land dispute.

The Commissioner for Information and Strategy, Mr Gbenga Omotoso, in a statement, indicated that the meeting held at the Lagos House, Ikeja, was chaired by the State Governor, Mr Babajide Olusola-Sanwo-Olu.

Stakeholders in attendance included the Judgment Creditors (Shangisha Landlords’ Association), their lawyers, the Commissioner of Police, Lagos State Command, Policemen from the F.C.T. Command and Police Headquarters, the Executive and Trustees of the Magodo Residents’ Association and senior government officials.

He said that after deliberations, it was resolved that the committee set up by the state government to resolve the Magodo dispute, chaired by the Attorney General of Lagos, would meet with the Judgment Creditors (Shangisha Landlords’ Association) on Friday, Jan. 7, 2022.

Omotoso said that it was agreed that the Surveyor-General of Lagos State, the Permanent Secretary, Lands Bureau, and the Commissioner for Physical Planning and Urban Development are to identify how the available plots of land in Shangisha Village are to be accessed and whether any infrastructural development is necessary to access the land.

According to him, it was agreed that upon identification of available and accessible land, the state government is to immediately allocate the land to the 549 Judgment Creditors.

”Whilst this exercise is ongoing, the Nigeria Police are to restrain themselves from any conduct or action that may instigate violence or breakdown of law and order in Magodo.

”They should be keepers of peace and act within the confines of the law – always. All the parties have agreed to an amicable resolution of the matter,” the commissioner said.

He said that the meeting ended with Gov. Sanwo-Olu reiterating his resolve to ensure that peace returned to Magodo and that there was justice for all.

Omotoso said that the stakeholders commended the governor for showing ‘good leadership’, which aided to prevent violence in the estate.