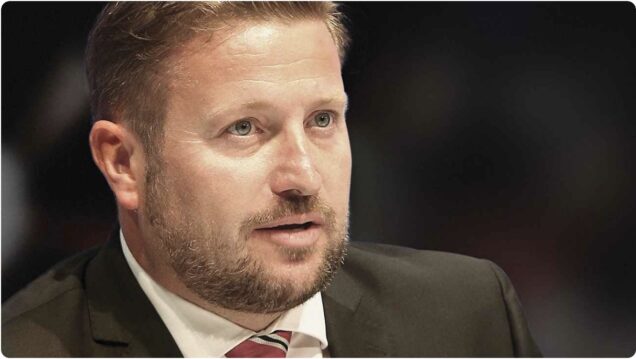 Richard Arnold, a long time insider, has been appointed by Manchester United to the role of chief executive officer.

He will, effectively, from 1 February replace executive vice-chairman Ed Woodward as the soccer club’s boss.

The elevation will make Arnold arguably one of the most powerful figures in European football.

United announced the appointment in a statement released on their website on Thursday afternoon:

“Ed Woodward will step down from his role as Executive Vice-Chairman, also effective from 1st February 2022.

Richard Arnold said: “I am honoured to have the chance to serve this great club and its fans. I am determined to return that honour in any way I can.”

“Richard Arnold will become our Chief Executive Officer on 1 February.
Joel Glazer, Executive Co-Chairman, said: “I would like to thank Ed for his tireless work on behalf of Manchester United during his nine years as Executive Vice-Chairman and 16 years with the club.

“We are now looking forward to Richard and his leadership team opening a new phase in the club’s evolution, with ambitious plans for investment in Old Trafford, the strengthening of our engagement with fans, and continued drive towards our most important objective – winning on the pitch.”

Arnold will have his hands full at a time when the American Glazer family’s leadership of the club is subject to close scrutiny and fans are hoping for it to return to the very top ranks.

Arnold, 51, who has been managing director for over eight years, had been seen as a favourite to take over the reins of the English club after Woodward announced in April he would be stepping down.

Woodward, who has been with the club since the 2005 takeover by Glazers, was one of the leading figures in the breakaway European Super League project that angered fans and regulators.

Woodward, 50, and Arnold, an accountant by training, have been credited with driving the club’s commercial success and overseeing the signing of several lucrative sponsorship contracts.

United won their last Premier League title in 2013 in longtime manager Alex Ferguson’s last season in charge, and since then the club has struggled for trophies on the pitch, with a number of high-profile coaches and expensive players failing to live up to expectations.