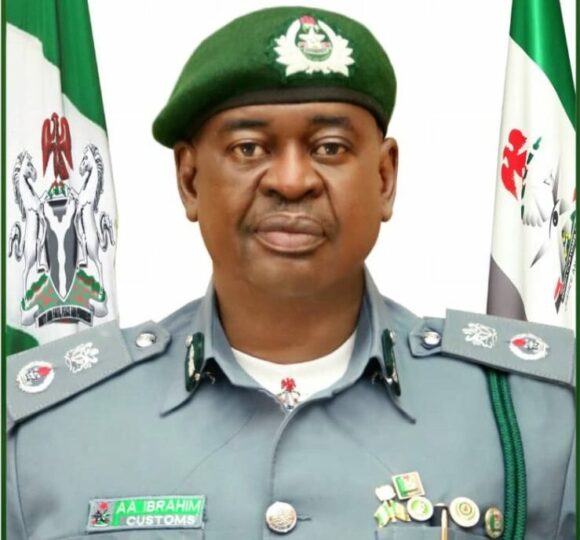 Commenting on this feat, the Comptroller-General of Customs, Col, Hameed Ibrahim Ali (Rtd) described it as a result of resolute pursuit of what is right and willingness to adapt to changes brought about by global health challenges occasioned by covid-19.

This was disclosed in a statement signed by the Public Relations Officer, for Comptroller-General of Customs, Compt. Joseph O. Attah.

The statement read in part, “The service revenue generation profile has continued to be on the rise annually as the ongoing reforms in the Service insist on strategic deployment of officers strictly using the standard operating procedure, strict enforcement of extant guidelines by the tariff and trade department, automation of the Customs process thereby eliminating vices associated with the manual process, robust stakeholder sensitisation resulting in more informed/voluntary compliance, and increased disposition of officers and men to put national interest above selves.

‘In the same vein, the Service efforts to prevent the entry of items that could compromise the security of our citizens, economy and the well-being of our people resulted in the seizures of 5,096 assorted items with a duty paid value of N13,796,646,685.60 and 160 suspects at different levels of Investigation or Prosecution.

“Other landmark achievements in 2021 that are capable of boosting national security and economy are the installation of three brand new scanners in Apapa, Tin-Can Island and Onne Ports, introduction of mobile tracker: A mobile application that enables individuals to remotely validate any declaration/payment and most importantly the status of any vehicle/cargo at any point. It can be installed in mobile devices, introduction of Standard Operating Procedure for the use of Scanners, acquisition of rugged, gun trucks to secure anti-smuggling operatives in an increasingly hostile environment, and E-customs take-off process now at the stage of final signing of agreement.”

“NCS management recognizes the selfless efforts of Officers and Men who remained undaunted throughout the year resulting in these achievements.

“In the light of this, the Comptroller-General of Customs, Col. Hameed Ibrahim Ali (Rtd) commends all officers and men for their doggedness and charges all to do more in the New Year.

“He also appreciates and commends the increasing numbers of compliant traders noting that compliance is a patriotic thing to do by citizens who desire a better nation.

“While giving the assurances of the Service determination to continuously seek ways of making it easy for stakeholders to comply, the CGC prayed for the repose of the souls of operatives who paid the supreme price in the course of fighting smugglers. The living, he said must sustain the fight in honor of the departed.

“NCS remains totally committed to the course of protecting national security and economy, we call on Nigerians, especially the business community to support the NCS as our borders open to African Continental Free Trade Agreement (AfCFTA) in order to benefit from the trade agreement and other cross border activities,” the statement added.