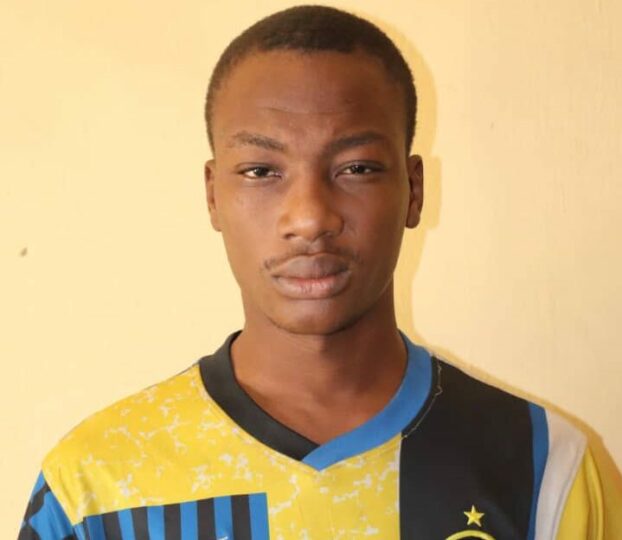 Men of Niger State Police Command have arrested one Stephen Jiya of Niger Motel area of Suleja, for killing his mother by setting her ablaze

Police spokesman in the state, DSP Wasiu Abiodun said Jiya has been arraigned for the crime.

Abiodun said Jiya was arrested in the dying days of December 2021..

The suspect was arrested at Darusalam, Minna for the offence of culpable homicide of his mother Comfort Jiya.

During interrogation, the suspect confessed to the crime.

He claimed that on Dec. 19, he had misunderstanding with his wife at his home in Suleja which attracted the intervention of neighbours.

The issue appeared resolved and he thereafter left for work.

But on his return, he discovered that his wife had left home to Minna without his consent.

He said he left Suleja to Minna on Dec. 20 with a plastic bottle of petrol and went to the family house where he met his mother cooking in the kitchen.

The suspect soaked his mom with petrol and set her ablaze.

He said he did so because his mother was intruding into his marital affairs.

Neighbours attracted to the agony of the burning woman rushed her to the General Hospital Minna.

She was later referred to another medical facility where she died.