Tottenham not as good as Chelsea, says Conte 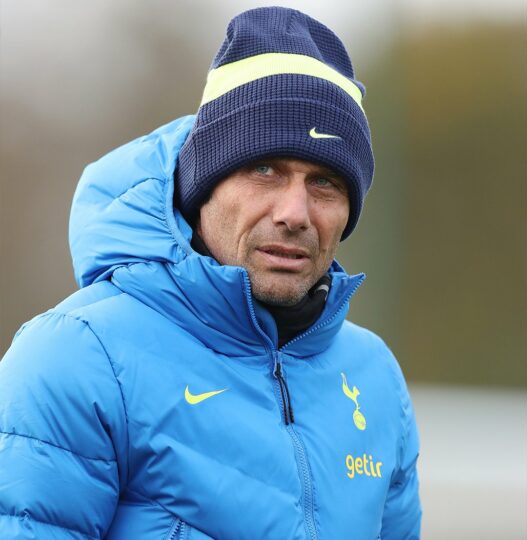 Tottenham Hotspur manager Antonio Conte said Wednesday’s 2-0 defeat at Chelsea in the first leg of their Carabao Cup semi-final showed how far his current club lag behind his former one.

An early goal by Kai Havertz and a comical own goal by Spurs defender Ben Davies put Chelsea in charge and the only consolation for Tottenham was that they avoided further damage.

While they are still just about in the tie ahead of next week’s second leg, Conte pulled no punches when he spoke of the gap between the two sides at Stamford Bridge.

“From the start Chelsea showed to be much better than us,” the Italian who won the Premier League title with Chelsea in 2017 and the FA Cup a year later, told Sky Sports.

“The first half we struggled a lot, but we know we are talking about one of the best teams in the world, and if you compare it to our team, there is no comparison.

“Today we’ve seen the difference between the two teams. I know the situation, it’s very clear, there is an important gap.”

Conte has enjoyed an encouraging start at Tottenham since arriving in November following the sacking of Nuno Espirito Santo and is unbeaten in his first eight Premier League games.

But the Italian says reaching the next level will require more than just a few January signings.

“We need time and patience. Everyone has to have patience,” Conte said.

“Tottenham in the last years, the level has dropped a lot, so now we have to fight to win every game.

“We have to try to fight to stay in a good league position, but if we think we are close, we’re not in the right way.”

Tottenham have not won a trophy since beating Chelsea in the 2008 League Cup final and that run looks like it will continue this season as Conte endeavours to bridge the gap.