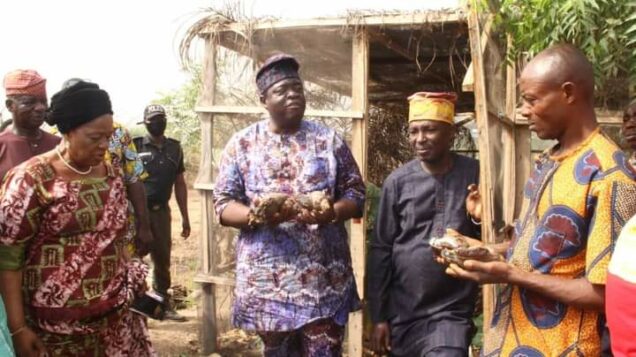 The Ogun Government on Friday said plans are underway to revive the ‘Green House’ project abandoned at Kotopo Extension Work Station in Odeda Local Government Area of the state.

Commissioner for Agriculture, Dr Adeola Odedina, said this when he led a team and other stakeholders on an inspection of the abandoned ‘Green House’ project.

Odedina said the land is a state property being cleared to engage young farmers.

He said the project would help them to cultivate various crops, to ensure job opportunities, food security and industrial raw materials.

Odedina urged youths in the state to take advantage of the Kotopo Extension Station, assuring that the government is ready to give adequate training and support to any youth that showed interest in agriculture.

Lawson said that this was the only way out of the nation’s economic downturn.

She noted that a state that provided food for its people was assured of wealth and good health.

She added that the project would be a thing of pride once it took off fully, appreciating the state governor, Mr Dapo Abiodun for his administration’s giant strides in the sector.