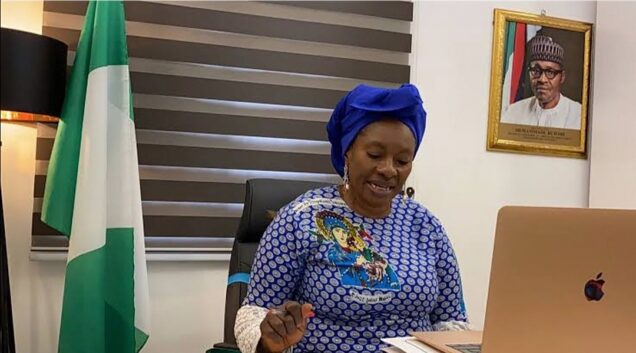 The president celebrated the ministers who are both members of the Federal Executive Council and who, incidentally, share the same anniversary.

Buhari rejoiced with the Minister of FCT, a former banker and administrator, on many notable achievements, particularly in repositioning the capital city.

He noted Bello’s efforts at reforms, ensuring compliance and more decency in allocations, which were spurred and sustained by integrity.

The president congratulated the minister for providing visionary leadership for the city that hosts the seat of government, diplomatic missions, multilateral institutions, headquarters of businesses and hospitality homes.

He affirmed that Bello’s unassuming personality, cordiality and sincerity continue to win friends for the administration and country.

He said the minister’s sincerity provided a level playing ground for indigenes and settlers in the development of the FCT and made it one of the most attractive places for business and leisure.

For the Minister of Women Affairs, the President felicitated with her family, friends and associates on the birthday.

He extolled her courage, forthrightness and vision in driving affirmation of women in governance, education of children and more attention on the girl-child.

The president also extolled her notable scores as first female Deputy Governor in the North and Minister of State, Science and Technology.

Buhari congratulated Dame Tallen for her steadfastness and commitment to the betterment of the nation, with over 45 years in politics.

Tallen started out as a clerical officer at Shendam local government council in 1976, then later moved to the Ministry of Local Government Affairs as commissioner.

She worked very hard in contesting the governorship of her state, leaving an inspiration for women.

The President also prayed for the well-being of the ministers.