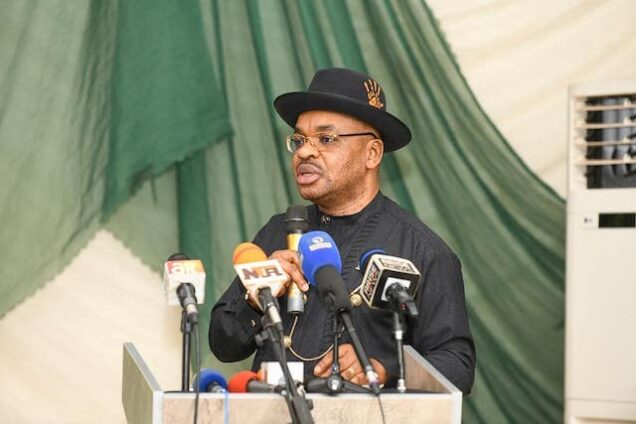 Gov. Udom Emmanuel has announced the automation of Akwa Ibom  Civil Service and Asset Management System (AMS) for transparency and efficiency of its operations.

Emmanuel said this while declaring open a one-day training workshop on Human Resource Management System (HRMS) for the State Executive Council members in Uyo on Friday.

He said the automation of the service would reposition it for more efficiency and seamless operations.

The governor noted that the challenges earlier experienced on promotions, retirements, pensions and gratuity would be a thing of the past as errors would be minimised.

Emmanuel said that the full automation of the service was scheduled to be completed by Jan. 31.

“We want to leave the civil service much better than we met it. We will first of all start with automation of the full Asset Management processes of government.

“We want to do automation of the contract systems; how contracts are awarded; how they are being paid for; how they are monitored; how progress is made; then completion and releases.

“Then the critical aspect that we must anchor from the point you join the civil service up to the point you become a pensioner is what we are doing right now,’’ he said.

According to the governor, the software is called Human Resource Management (HRM) application software which is what we are doing right now and we intend to do a live cutover by Jan. 31, so that we can go live.

“Every single person must go live by Jan. 31. So anybody coming to work on Feb. 1 in the MDAs should come into a total different approach and I’m optimistic that the Asset Management would do a total cutover by March 31.

“So by April 1, I won’t do anything manual again, including vehicle requisitions. What that means is that a whole lot of things that were done manually before now would be fully automated.

“We are trying to make it user-friendly and you can access it anywhere with your phones and laptops. Once you have a smart device, you can access the system especially the HRM system where you can check on any information,’’ he said.

Emmanuel said that the benefits were enormous in terms of cost, efficiency and information management to reduce error in the system.

“The whole complaints about pension, gratuity, even issues of payroll, promotions, ghost workers, paying the wrong people and the likes, would be sorted out immediately,’’ he said.

Earlier in his opening remarks, the Head of Civil Service, Mr Effiong Essien, thanked the governor for his policy introducing automation of the civil service.

Essien said that the training and re-training of key and principal operators of Human Resource Management remained a cardinal objective of enhancing efficiency of the civil service.

He appealed to the state governor to build a data centre to store hardware components of Human Resource Management.