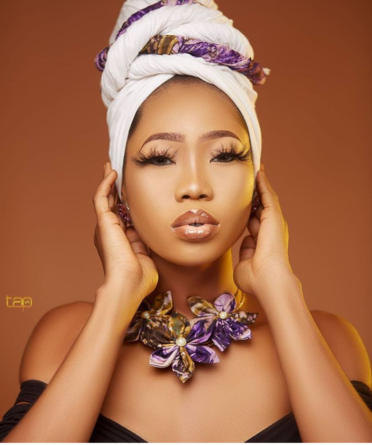 Comedienne-cum-actress, Adeyela Adebola, popularly known as Lizzy Jay or Omo Ibadan, has proudly declared herself as a person who forms relationships with others purely to extract money from them.

Taking to her Insta stories, the comic star notified all and sundry that though she has her own money, she still needs the money from anyone who wishes to propose love to her.

According to Lizzy Jay, her money is meant for investments while that of her proposed lover is to be spent lavishly. 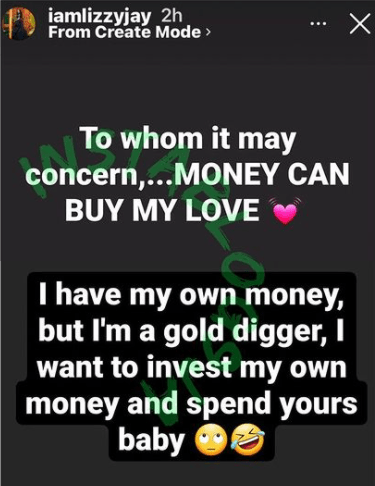 Lizzy Jay gained fame in May 2017 when she uploaded a comedy video titled “How Girls From Different States Sleep.”,

She then released another 109 video sketches that made her famous in the comedy scene.

In addition to comedy, Lizzy Jay is also a songwriter and singer. She released a single “Gidi Gan” alongside Demmie Vee, a popular Nigerian song.

In 2019, she was named Brand Ambassador for Grupo Midea and other leading brands in the country.