Those beating drum of war should stop, embrace peace - Sanwo-Olu 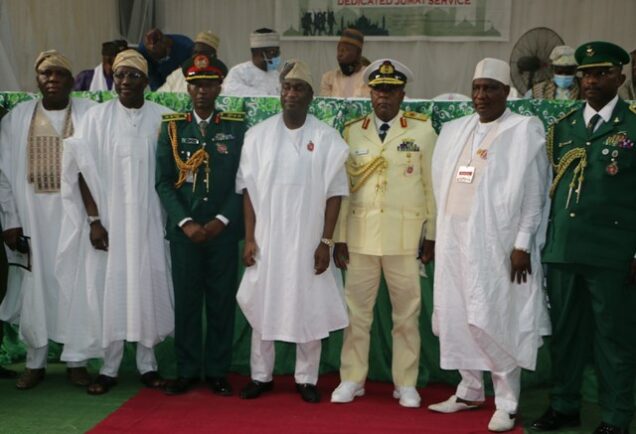 Lagos State Governor, Mr. Babajide Olusola Sanwo-Olu has urged those beating the drum of war in the country to desist from such and thread on the path of peace for the good of all Nigerians.

Speaking, through his Deputy, Dr. Kadri Obafemi Hamzat, Governor Sanwo-Olu charged Nigerians to do everything humanly possible to prevent the outbreak of war in the country as the nation can only strive in the atmosphere of peace and tranquility.

While admonishing the citizens to be positive in their mind set, the governor emphasized that the fall of the Nation will affect everyone and “we all will suffer for it”. He said by calling for war, there would be no justification for the death of those people that fought for the country.”

Speaking further, the governor advised that Nigerians should stop criticizing the Armed Forces as they are making a lot of sacrifices for the unity of the country by protecting the citizens and fighting for her peace and unity.

He therefore advised that, in the memory of those that have died, citizens should be nice to the country and consider how to make Nigeria a better nation in their individual spaces. He beseeched them to use the talent deposited in them by Allah to ensure a greater nation.

He said, “every citizen must use their personal uniqueness to collectively build our country for a better place of living”

He thanked the Almighty Allah for preserving those alive to be able to celebrate the event. “We celebrate those who have fallen and those that have vouched to protect the country with their lives. We appreciate the soldier and prays that Almighty Allah protect you and repose the souls of the departed”, he said.

In his goodwill message, the Lagos State Head of Service, Mr. Hakeem Muri-Okunola said the true essence of the celebration was to recognize and appreciate the immense contribution of the Armed Forces to the peace and unity of the country.

He added that Nigerians should always remember that the event is not just praying for the repose of the souls of the fallen heroes but also a call to support the children and widows they left behind, stressing that Nigerians appreciate all they have done and their sacrifices for a peaceful and united nation will not be forgotten.