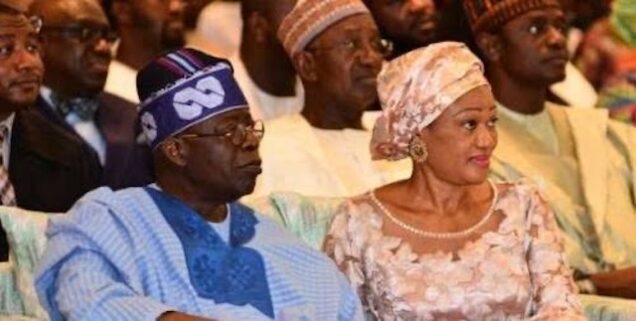 In a joint condolence message with his wife, Sen. Oluremi Tinubu on Friday, the couple said Adediran’s death was a major depletion of the already inadequate presence of women in politics.

Adediran was the first female deputy speaker of Lagos State House of Assembly from 1999 to 2003.

She died on Wednesday after a brief illness, and has since been buried according to Islamic rites.

The APC leader and wife expressed shock and sadness over the ex-speaker’s death, saying it came when Nigerians were still basking in the euphoria of the New Year.

“It is saddening that Adetoun left when Lagos and Nigeria still required her patriotic zeal, commitment and diligence in galvanising more female participation in political affairs and leadership.

“As the first deputy speaker of the state’s assembly, she discharged her duties and responsibilities with passion, integrity, confidence and fidelity, not only to the legislative work, but also to the cause of greater Lagos and the common good.

“As a notable party woman leader, she was a role model and mentor to many young women who because of her discovered their passions for public service.”

Reeling out some of her achievements, the former Lagos governor and serving senator noted that the deceased’s tenure as Chairman of Lagos Building Investment Company, could not be forgotten because of her remarkable contributions to the organisation.

“As a key member of Governing Councils for Lagos State-owned tertiary institutions, she was resolute in her fight for female equity in politics, particularly in the Lagos Central Senatorial District.

“Our deepest condolences to her husband, children, and immediate family members.

“They should take solace in the fact that their departed wife, mother and sibling, lived a life that had positive impact, not just on her immediate family and community, but also on the people of Surulere, Lagos Central Senatorial District and the state as a whole.

“We pray that Almighty God grant her soul perfect rest, and give all of us the fortitude to bear this painful exit of a shining star,” the Tinubus said in the statement.