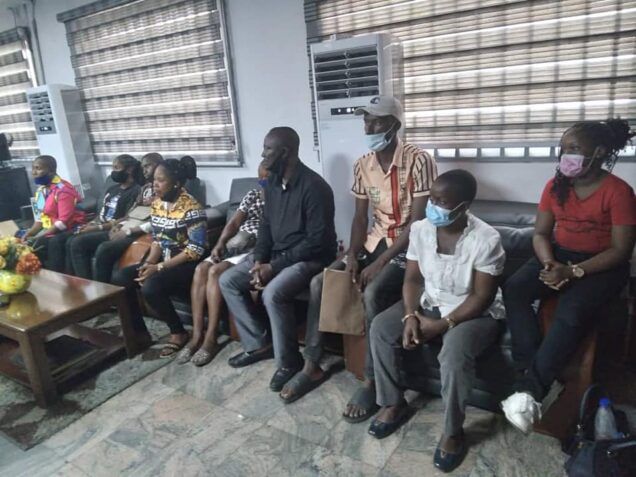 Rivers State Governor, Nyesom Wike, has presented N30million to the families of three policemen killed in the state in November last year.

The deceased, Isaac Isodje, Saviour Udeh and Ebenezer Edward, who served at the Diobu Division of the state command, were killed by armed men while on a stop and search duty.

Presenting the cheques, on behalf of the Governor, to members of deceased officers families, the Rivers State Commissioner for Information and Communications, Pastor Paulinus Nsirim said the gesture is Governor Wike’s demonstration of his commitment to ensuring that the families of policemen who lost their lives in the cause of serving the State are not left in misery.

“This is a token of love from Governor Nyesom Wike to the families. Though money cannot replace a life, but it is a way of showing love to all officers and men who serve in Rivers State that the State Government will always be behind them no matter the situation they find themselves.

“So, the amount here is a token of love from the Governor as a man who has the milk of human kindness and compassion to cushion the impact of this great loss,” he said.

Accompanied by his colleague in the Ministry of Social Welfare and Rehabilitation, Mrs. Inime Aguma, Nsirim said the Governor recognizes the value of service the police render to the State and conveyed the condolences of Governor Wike to the State Police Command and the bereaved families.

He prayed to God to grant the bereaved the fortitude to bear the loss.

The Commissioner of Police, Rivers State Command, Mr. Ebuka Friday described Governor Wike’s monetary presentation to the families of the fallen officers as an uncommon gesture of encouragement in the country.

He expressed the gratitude of the Command to the Governor whom he said kept to his promise after he hinted to him about the death of the officers.

He recalled that two of the officers were killed while carrying out a stop and search operation in the Diobu area of the State capital on November 2, last year while the third officer was killed on November 9, last year, while on an operation to apprehend the killers of the two officers.

Responding on behalf of the recipients, Mr. Isaac Okeoghene, son of one of the deceased, thanked Governor Wike for the gesture and prayed that God will reward him in due time.