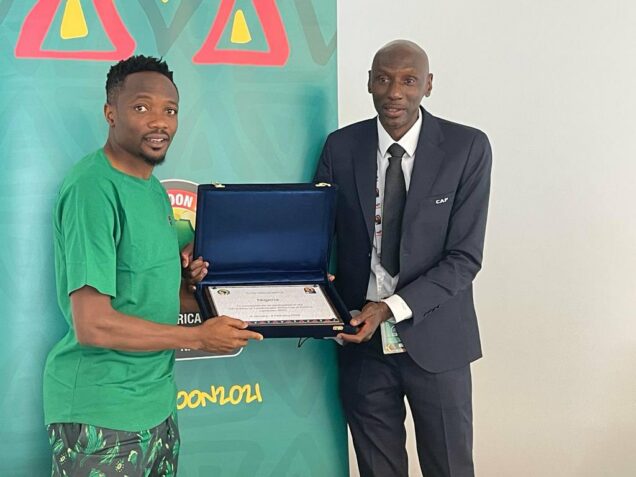 The Confederation of African Football and the Local Organizing Committee of the 33rd edition of the Africa Cup of Nations have welcomed the Super Eagles to Republic of Cameroon, the venue of this year’s competition.

The ceremony, an important part of a team’s programme on arrival at a major football championship, was held on Saturday.

Nigeria’s Leader of Delegation, Alhaji Ibrahim Gusau expressed the contingent’s satisfaction with the reception accorded the team since they arrived at the airport on Wednesday night.

He said the team will display high level of discipline during the championship.

Kunamuene expressed delight that the Super Eagles are happy with their accommodation and other logistics provided.