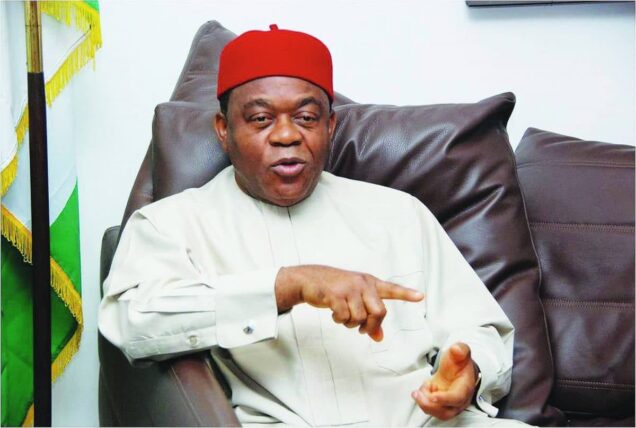 Orji while giving reasons he is fully in support of Anyim’s presidential ambition stressed that he possesses all the qualities a presidential candidate should have.

The former Abia Governor in a chat with Vanguard in Umuahia said that Anyim had the competence, intellectual capacity and national appeal to lead Nigeria as President.

He said Anyim has over the years garnered the needed experience because he has been at the corridors of power.

“Senator Anyim has all the qualities a presidential candidate should possess.

“He became Senate President at 39 years and left a clean record. He was the Secretary to the Government of the Federation, SGF, and his records speak for him.

“Pius Anyim has garnered the needed experience. He has been at the corridors of power. There is no file you can hide from him in Aso Rock. He is not a novice,” Orji said.

The lawmaker further posited that it is the turn of the South-East geopolitical zone to produce the next President in 2023.

This he said would be in the spirit of equity and justice.

According to Orji, Anyim was the presidential aspirant from the South East who had so far, formerly informed stakeholders from the zone of his intention to run for the highest office.

He, therefore, urged Ndigbo and Nigerians from other zones and political divides to support the presidential ambition of Anyim.