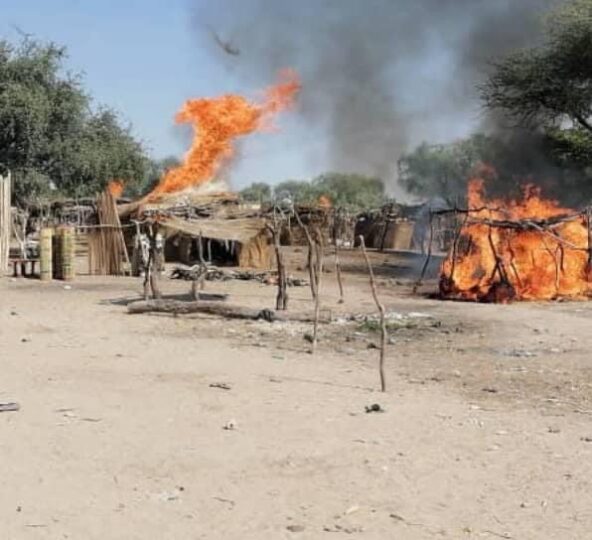 Huts set ablaze during the clash

Three Boko Haram/ISWAP terrorists have been shot dead in Borno, Northeast Nigeria during a fierce gun-battle with Nigerian Army.

He said the gallant troops, while conducting clearance operations, code named Operation DOMINANCE I, came in contact with the terrorists at an illegal market operated by the terrorists in Gallo Malawari Village.

“In the fierce encounter, three BH/ISWAP terrorists were neutralized, while others, bowing to superior firepower retreated in disarray.

“Troops recovered one AK 47 Rifle, a truck, two Motorcycles, four empty magazines and rounds of 7.62mm ammunition amongst others,” he stated.