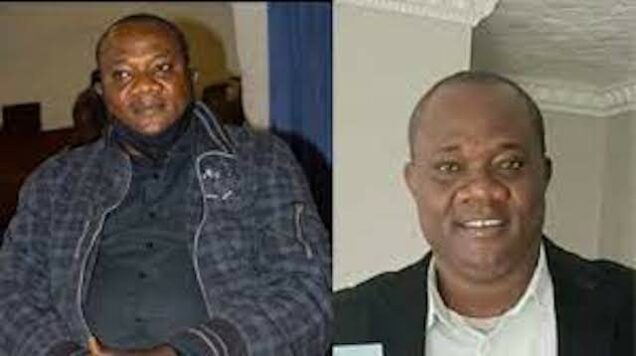 The Nigerian community in South Africa has again gone into mourning, following the killing of another Nigerian, Olusola Solarin

The killing of Solarin on Dec. 12 last year has raised the death tally of Nigerians in South Africa to more than 127 since 2019.

Records show that 13 of the Nigerians sent to their early graves in the Rainbow Nation were killed by members of the South African police.

The statement, jointly signed by the President of NUSA, Mr Collins Mgbo, and Secretary-General, Mr Nimram Durven Longbap-Longs, described Solarin as a businessman, who had a chain of businesses, including pharmaceuticals, clothes and shoes outlets.

According to the unionists, Solarin has since been buried at Makun community in Sagamu, near Abeokuta in Ogun on Jan. 3.

Solarin, an alumnus of University of Lagos, was said to have met his fate after supplying goods to his customers outside Johannesburg, the business capital.

He was returning to his base when he was waylaid.

In an attempt to prevent his assailants from collecting the money he was paid by customers, the assailants murdered him.

In the union’s condolence message to Solarin’s widow named Doris, who is also the Vice-President and Head of Programmes of NUSA, the union said that the Nigerian community in South Africa would miss Solarin dearly.

The union members also noted that their solace was in God, knowing fully well that Solarin had run his race and that his reward awaited him at the bosom of God.

“Life isn’t fair enough to allow him to taste the fruits of his labour.

“I am pushed to ask: `God why’ but if I do, of what benefit is it? Will he be brought back to life?,’’ Mgbo wrote in his tribute.

“On behalf of NUSA, I Collins Mgbo express the union’s heart-felt condolences to you and your family on the senseless brutal murder of your loving and patriotic husband.

“It is NUSA’s prayer that God will grant you the determination to bear this irremediable loss.

“Please keep it in mind that your late husband’s best wishes will always be with you and your children throughout the rest of your life.