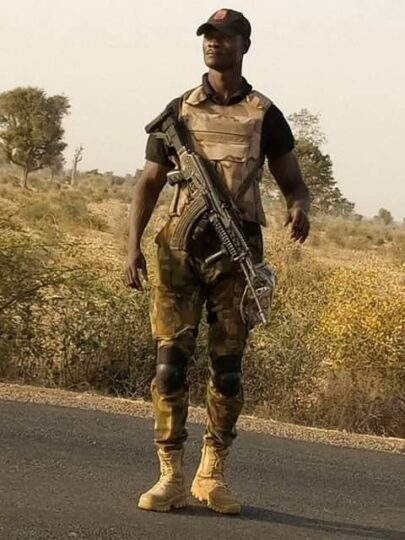 Godwin Eugene, the younger brother Kashite Eugene, an officer of Nigeria Air Force allegedly shot dead by one Progress Amecheta, popularly known as “Tuface” in Omuanwa community, Ikwerre local government area of Rivers has demanded the killer of his brother must also be killed.

Tuface, a member of local vigilance group popularly known as SPACO, allegedly shot the Air Force officer dead when he went to demand the release of a relation detained at the base of the local security outfit over allegation of cultism last Tuesday.

The death of the Air Force officer led to invasion of the community the next day by military personnel, while Tuface has been arrested and is presently in police detention.

However, it was learnt that at least three houses, including the operational base of OSPAC, were burnt by the military personnel as a reprisal action against the killing of Eugene.

While the military personnel have left the community, Eugene, the brother of the slain Nigeria Air force personnel gave conditions for lasting peace in the areas in interview with a Port Harcourt based radio station, Today 95.1fm, monitored by our Correspondent on Saturday.

Eugene, who is also Airforce Officer said one of the conditions for peace is Tuface, the killer of his brother to commit suicide, mention those that sent him to commit the crime or allow the law enforcement agencies to kill him.

In addition, he said his family demands the total scrapping of OSPAC in the Omuanwa community.

Eugene accused all members of OSPAC in the community of belonging to one cult group or the other including “Tuface” whom he said was a cult leader before joining OSPAC.

He called for scrapping of OSPAC, which, he said, had turned itself into a terror organization with members who are not untrained in the handling of firearms and have no powers to try, prosecute and detain alleged suspects.

He suggested that if the community must have local vigilante, it should be made up of retired security personnel.