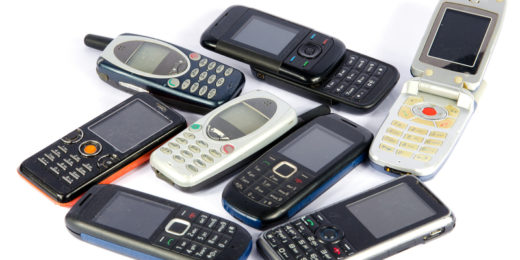 The Police in Yobe has arrested a 35-year-old man, Usman Ali, for allegedly stealing over 200 cell phones and other valuables in Damaturu.

This is contained in a statement by the Spokesman of the Command, ASP Dungus Abdulkarim, on Saturday in Damaturu.

Abdulkarim said Ali, a resident of Nayinawa Sallake area of Damaturu, was arrested by operatives of the Crack Squad Unit of the command.

“The culprit on Jan. 7, 2022 at about 0600hrs apprehended by police detectives of the Crack Squad Unit after responding to a distress call from the Ward Head of Marfa-Kallam Village, where over four houses were trespassed into and many valuables carted away in one night.

“The suspect specialised in intruding into unsuspecting victim’s houses at night while sleeping, thereby stealing all valuables that come to their sight, ranging from cell-phones, TV sets, money, jewellery among others.

“The suspect patronises noodles and tea sellers spot or hang around with friends in the target area of crime, to observe the movement of people and other security measures.

“And when it is getting dark in the evening, they hibernate in some secluded location and come out at midnight to perpetrate their heinous acts.

“They usually operate within the hours of 0200hrs to 0300hrs by sneaking quietly into houses through doors, windows or other penetrable openings.

“The command has been trailing the culprit and his syndicate for a short while now and he is one of the most wanted on the list,” he said.

He said that preliminary investigation indicated that Ali stole more than 200 cell phones over the years, and sold at a minimum price of N800 each.

He said that the Ali would be charged to court after investigation was concluded.

The spokesman commended residents of the Marfa Kalam community for their cooperation and urged other communities in the state to support the police in crime prevention and control.