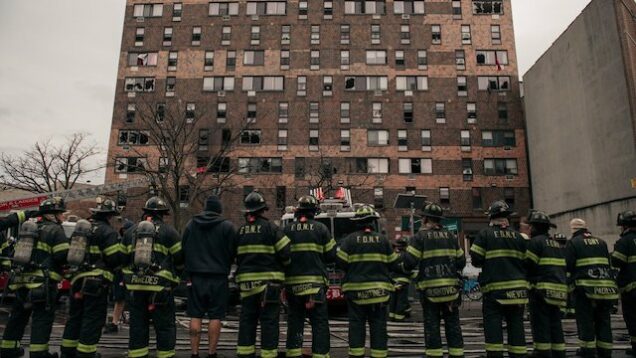 No fewer than 19 people, including nine children died on Sunday in a massive fire in Bronx, New York City.

More than 200 firefighters responded to the scene of the five-alarm fire that originated Sunday morning in a duplex apartment on the third floor of a high-rise.

The building is located in the Tremont section of the Bronx.

Over 60 people were injured in the fire, according to the New York City Fire Department.

At least 13 others have life-threatening injuries in Bronx hospitals, officials said.

Many of the injured victims were located on the upper floors, officials said.

“This is going to be one of the worst fires we have witnessed here in modern times in the city of New York,” New York City Mayor Eric Adams told reporters Sunday.

The fire has since been put out.

A similar tragedy occurred on Wednesday in Philadelphia, in which 12 members of a family, including eight children died.

It killed 13 people —including a year-old child.

In March 1990, 87 people also perished in a fire in the Happy Land social-club arson attack.