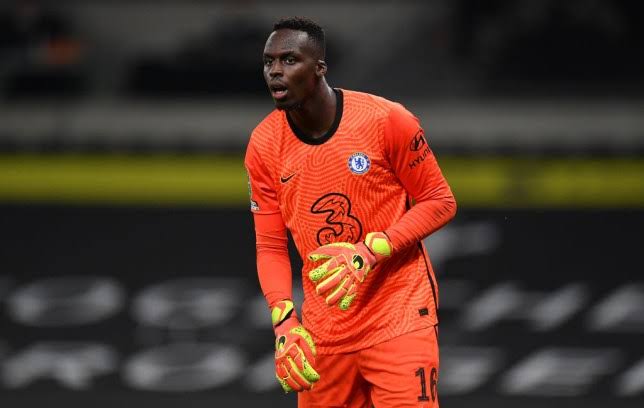 Chelsea goalkeeper Edouard Mendy was among a new group of Senegal players to test positive for the coronavirus at the African Cup of Nations (AFCON) in Cameroon.

The Senegal Football Federation said Mendy, captain Kalidou Koulibaly and striker Famara Diedhiou returned positive results on Saturday in mandatory testing for the Senegal squad 48 hours ahead of its opening game against Zimbabwe.

All three will be ruled out of Monday’s game unless subsequent testing proves they were false positives.

Senegal, which is one of the title favorites at the African Cup, already had three other players and six members of the team management test positive for the virus before the squad departed Dakar for Cameroon on Wednesday.

Mendy’s positive test raised concerns for Senegal’s star forward Sadio Mane, who flew to Dakar from Britain with Mendy on a chartered jet. Photographs showed the pair sitting close together on the flight without masks.

Many of the 24 teams preparing to play in the month-long African Cup of Nations have been affected by virus cases in their squads, although Zimbabwe announced Sunday it had no positives in its mandatory tests.

The tournament starts later Sunday in the Cameroon capital Yaounde with the host team playing Burkina Faso in the opening game.

The African Cup was meant to be played in early 2021 but was postponed for a year because of the pandemic.

However, it’s set to go ahead a year later with virus cases surging again because of the emergence of the omicron variant.

Host Cameroon announced cases in its squad in the buildup to the tournament and Burkina Faso may be missing five players for the opening game because of the virus.

Gabon and Arsenal forward Pierre-Emerick Aubameyang is among numerous other players to test positive for the virus ahead of the tournament.