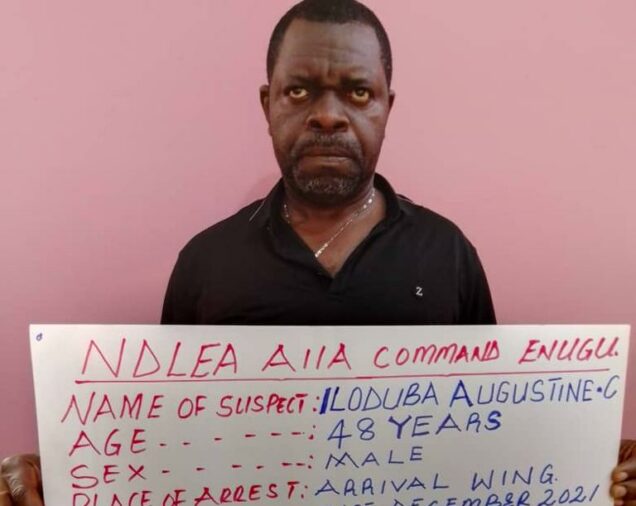 A 48-year-old Brazil-returnee, Iloduba Augustine, has excreted 58 pellets of Cocaine, as he was arrested by the National Drug Law Enforcement Agency, NDLEA.

Augustine was arrested by the NDLEA at the Akande Ibiam International Airport, Enugu.

Babafemi said he was on new year eve arrested and placed on observation during which he confessed to have swallowed 58 pellets of cocaine out of which he excreted 48 pellets which were delivered to a Kenyan while on transit in Addis Ababa for a fee of N1 million.

“He said he continued his journey to Nigeria with the remaining 10 pellets in his stomach, which according to him, he intended to sell in Lagos. The wraps of cocaine were later excreted at 10:40am on New Year day, 1st Jan,” he revealed.