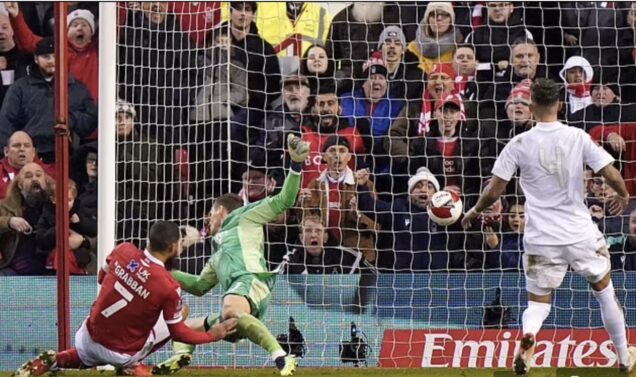 Nothingham Forest have repeated history by knocking Arsenal out of the FA Cup with a lone goal.

Forest performed the same feat in 2018, in a tournament Arsenal had won 14 times.

Arsenal had only been beaten once at this third round stage in the last 25 years. Forest increased Arsenal’s loss to two on Sunday.

The only goal of the match came in the 83rd minute when Forest captain Lewis Grabban pounced on a cross by Ryan Yates to devastate the visitors from London.

Though Arsenal had 64 percent possession, the Championship team always proved dangerous in their counter-attacks.

They had three shots on target, Arsenal had zero. They also had four blocked shots, to Arsenal’s six.