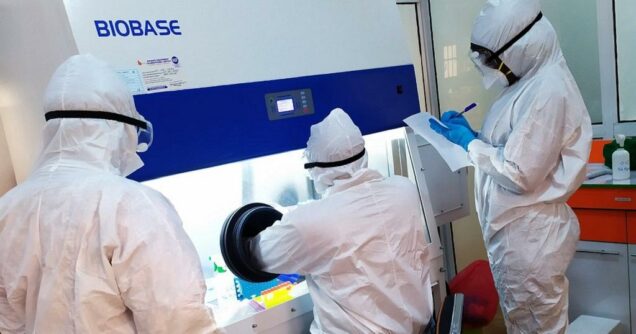 A lab for COVID-test

The Nigeria Centre for Disease Control (NCDC) has announced one death and 766 fresh COVID-19 cases across 12 states and the Federal Capital Territory (FCT).

In an update on Sunday, the NCDC said the country’s fatality toll from the disease now stood at 3,071.

NCDC said that the latest figure on Saturday included backlogs of discharged and confirmed cases from Anambra and Kaduna States.

The agency stated that Lagos State, the country’s epicentre of the virus, led the new infections for Saturday with 261 cases; Rivers – 159, Gombe – 25, and FCT – 20 cases.

Osun and Oyo States followed on the log with 19 and 14 cases, while Bauchi and Kano States reported five cases each.

The NCDC also said that no cases were recorded for Nasarawa, Ondo, Plateau and Sokoto on Saturday.