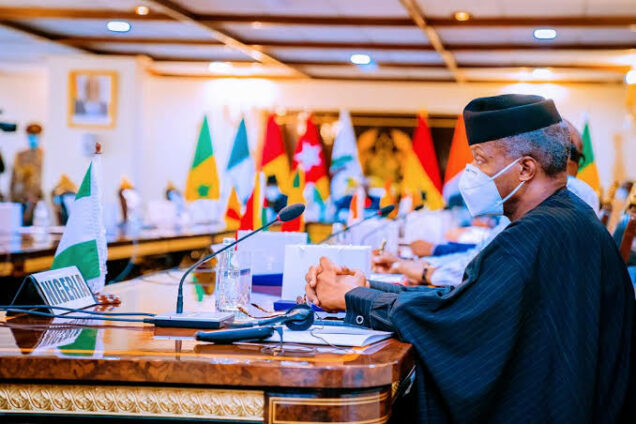 His spokesman, Laolu Akande, in a statement said the extraordinary meeting was to discuss the political situation in the Republic of Mali.

According to him, the meeting, which will be attended by leaders across the region, follows previous meetings and efforts by the leaders to resolve the situations in Mali and Guinea.

In 2021, Osinbajo participated in meetings of leaders across the sub-region on the issues exploring solutions.

On Sept. 8, the vice president participated in a virtual summit of the regional body where sanctions were imposed on the military junta in Guinea.

On Sept. 16, he attended another ECOWAS summit where further sanctions on individuals and groups fueling the crisis in Guinea and Mali were discussed.

In November, 2021, Osinbajo joined other leaders in Accra for the 3rd extraordinary summit of leaders across the sub-region to review decisions and the political situations in Mali and Guinea.

In compliance with the decisions of the leaders, ECOWAS mediator, former President Goodluck Jonathan traveled on Jan. 5, 2022 to Mali to meet with authorities in the country over the timetable for democratic transition.
He briefed President Buhari on the matter recently.

Osinbajo, who is accompanied on the trip by Amb. Zubairu Dada, Minister of State for Foreign Affairs, is expected back in Abuja later on Sunday.