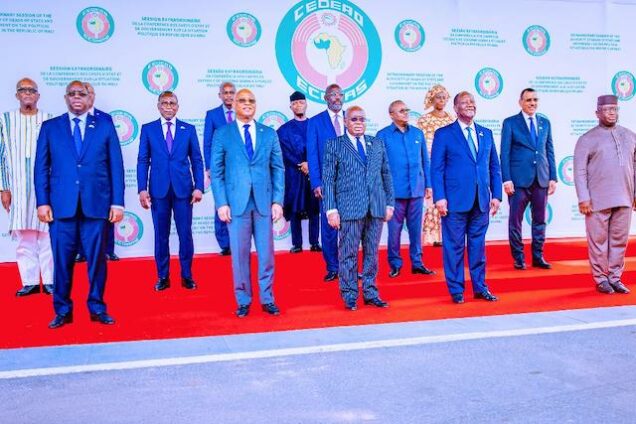 Osinbajo who is representing President Muhammadu Buhari at the summit was pushed to the third row in a photograph taken by Osinbajo’s personal Photographer, Tolani Alli.

Osinbajo was hardly visible in the picture, as Macky Sall of Senegal, host Nana Akufo-Addo, Abubakar Ouattara of Ivory Coast and Maada Bio of Sierra Leone took the front row.

If this is the rule of diplomatic protocol, we think there is a something wrong for the rep of the leader of the biggest black nation on Earth to be turned into an ‘invisible man’ at the summit.