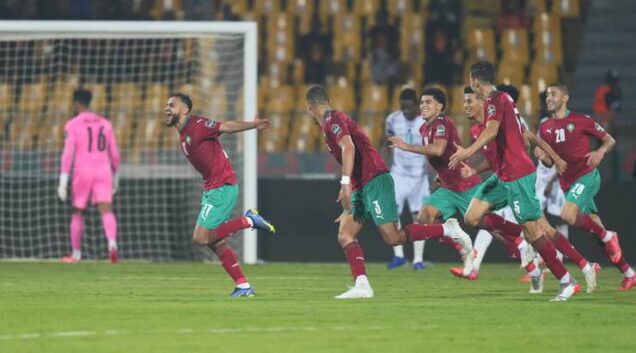 Sofiane Boufal scored a crucial late goal on Monday to give the Atlas Lion of Morocco 1-0 victory over the Black Stars of Ghana at the ongoing African Cup of Nations (AFCON).

The cagey match was goalless as at 82 minutes. One minute later, Boufal struck to send the Moroccans into frenzy.

The player was in the right place at the right time to get to the rebound inside the box and gleefully rifled the ball into the left side of the goal.

Earlier, Joseph Paintsil received a low pass just outside the box and unleashed a fine strike towards the top right corner.

Yassine Bounou pulled off a reflexive save to block his effort.

The North African side dominated the match with 61 percent ball possession and had 12 goal attempts and three shots on goal.

With the victory, Morocco have extended their unbeaten run over 90 minutes to 35 matches in competitive fixtures.

Ghana began their ninth successive AFCON participation in unconvincing fashion, looking to avoid a repeat of elimination in the last 16 of the 2019 tournament.