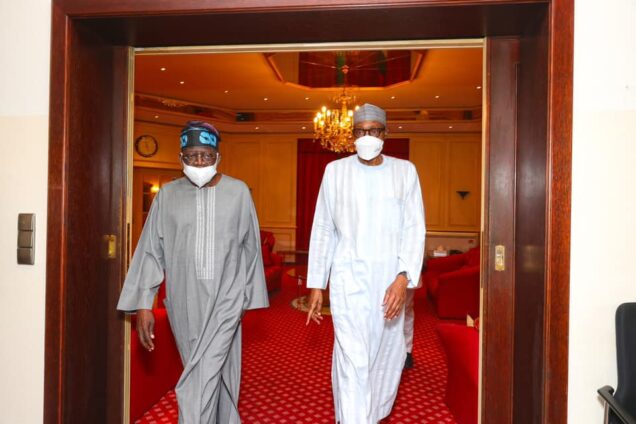 National leader of the All Progressives Congress (APC) Bola Ahmed Tinubu has said he will definitely contest for president in the 2023 general elections.

The ex-Lagos governor told correspondents after his meeting with President Muhammadu Buhari that he informed the president of his intention to vie during their meeting earlier on Monday at the Presidential Villa, Abuja.

While speaking with journalists at the State House, Tinubu said it has been his life-long ambition to be president of Nigeria.

He said with his achievements as governor of Lagos, he has the capacity to rule Nigeria.

Tinubu also refused to answer question of a potential race for the APC ticket between him and Vice President Yemi Osinbajo who is also believed to be interested in contesting for president come 2023.

He dismissed the assertion that ”a kingmaker cannot become a king”.

HE said he would like to takeover from President Buhari in 2023 to continue with the good works of the ruling APC.