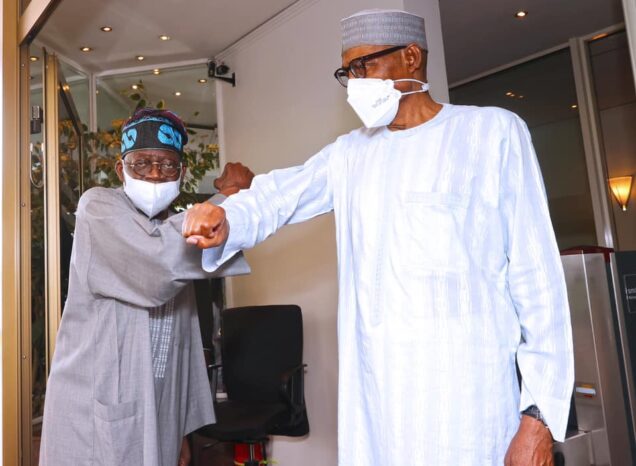 President Muhammadu Buhari has met behind closed doors with National Leader of the All Progressives Congress (APC), Asiwaju Bola Tinubu, at the Presidential Villa, Abuja.

The the agenda of the meeting between the president and Tinubu was unknown to newsmen as at the time of filing this report.

NAN gathered that the APC leader was in the villa to officially exchange New Year greetings with the president and also to discuss some national issues.

Tinubu is believed to be nurturing interest in running for the presidency in next year’s election.

The Guardian newspaper reported today that Tinubu had hinted Buhari and Vice President Yemi Osinbajo about his political plan, before today’s meeting.

There was no official confirmation of this from Tinubu’s camp.

The Osinbajo Office also denied being informed about Tinubu’s 2023 agenda.