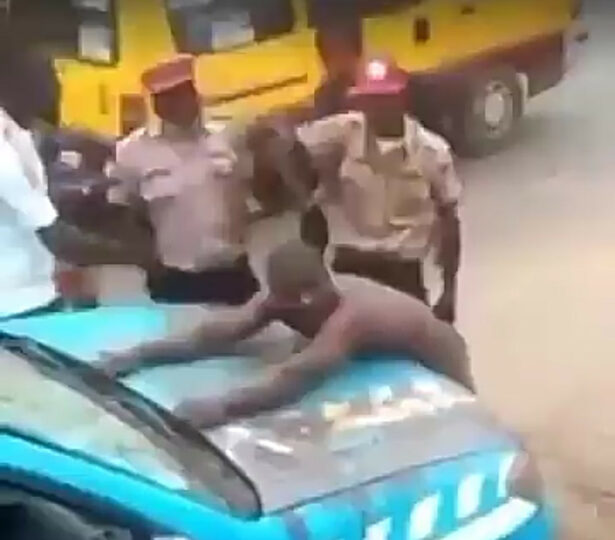 The Corps Public Education Officer (CPEO) Mr. Bisi Kazeem, said this in a statement on Monday in Abuja.

He noted that the video is not recent and the officers involved in the incident had been sanctioned.

Kazeem said, ”This is a misrepresentation as the event did not just happen. The video was recorded in Benin, on the Benin/Sapele road on July, 16, 2020.

”The video showed an erring tricycle rider in a face-off with FRSC patrol team, after he was caught destroying a patrol vehicle on the Sapele road Benin, Edo.

“The Corps wishes to inform the general public that the incident did not just happen as purportedly misrepresented by social media operators.

“The officer involved has been adequately disciplined in accordance with FRSC Regulations on Maintenance of Discipline at the instance of the Corps Marshal, Dr Boboye Oyeyemi and the outcome of the trial made public on Aug. 2, 2020.

“As an organisation that does not condone indiscipline, the Corps has punished the said staff for being uncivil towards the tricycle rider.

“This was so as to serve as deterrence and compel others to be tolerant, more professional, and gentlemanly while handling traffic violators.”

He warned the perpetrators of such media propaganda to desist from heating up the polity at this sensitive moment of the national development.

A Magistrates’ Court sitting in Benin city had also on Jan. 11 2021, sentenced the tricycle rider, Adeshina Adeyemo, to three months imprisonment for attacking the patrol operatives and damaging their vehicle.

Adeyemo was convicted of conduct in a manner likely to cause breach of public peace and malicious damage.