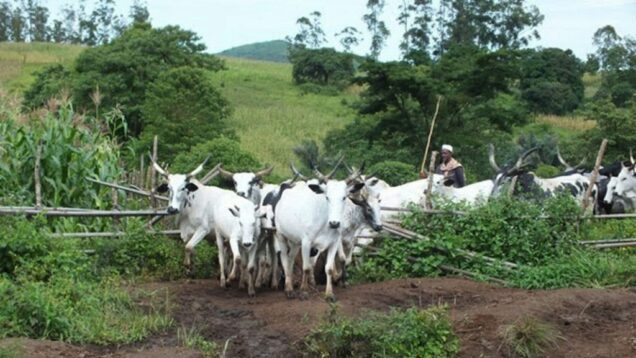 The Kwara Command of the Nigeria Security and Civil Defence Corps (NSCDC) has called for peace after a bloody clash between herders and farmers in the state.

On Saturday Jan 8, the command said there was a bloody clash between a farmer and a Fulani herder, in which both of them sustained serious machete injuries.

Before then the NSCDC said on Jan. 7, one Mohammed Aliu, 42, of Tankpafu Village reported how Fulani herdsmen stormed his farm and uprooted his cassava plants to feed their cattle.

Commenting on the clashes, the command spokesperson Mr Babawale Afolabi in a statement on Sunday called for peaceful coexistence between farmers and herders in the state.

Afolabi said that an appeal had been sent to the royal fathers and community heads in the state, urging them to work towards a peaceful coexistence between farmers and herdsmen in their various communities.

He said that the appeal was intended to put an end to the incessant farmers and herder’s clashes in the state.

The statement also noted that the State Commandant, Makinde Ayinla frowned at the geometrical rate of Fulani and herders clashes in some of the communities.

Afolabi said that efforts were ongoing by the command to meet the royal fathers and village heads in order to find lasting solutions to the crises.

The command’s spokesman added that the number of security operatives had been increased in the crisis-prone communities.

He said that there would soon be a stakeholders forum to be made up of representatives of the village heads, Fulani herders, farmers and the security agencies to find lasting solutions to the crises.