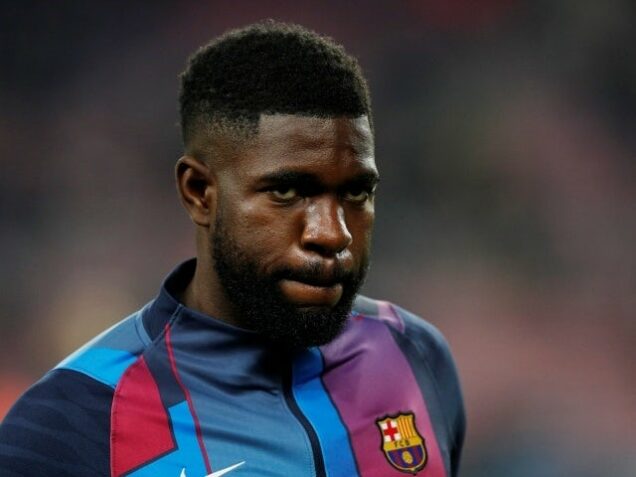 Barcelona defender Samuel Umtiti has signed a new contract at Camp Nou, which will see him remain at the club until 2026.

The defender who has been on the sideline for over a year due to injury was to be sold.

However, the Spanish club received no offer for him leading to an extension of his contract.

In the new contract offered to the defender, Barcelona said Umtiti’s salary was lowered so that there is enough room in the wage budget to register Torres.

“The FC Barcelona and the player of the first team Samuel Umtiti have reached an agreement for the extension of his contract until 30 June 2026.

‘The French defender reduce part of the salary he would receive in the year and a half he had contract’, the club statement read.

“With this operation, the player extending his contract, the Club does not acquire any higher financial commitment with the footballer.

“FC Barcelona publicly expresses its gratitude to Samuel Umtiti for the effort and affection he has shown towards the Club.

“With this contract extension, FC Barcelona extends its ‘fair play’ and will be able to register Ferran Torres in the Professional Football League”.