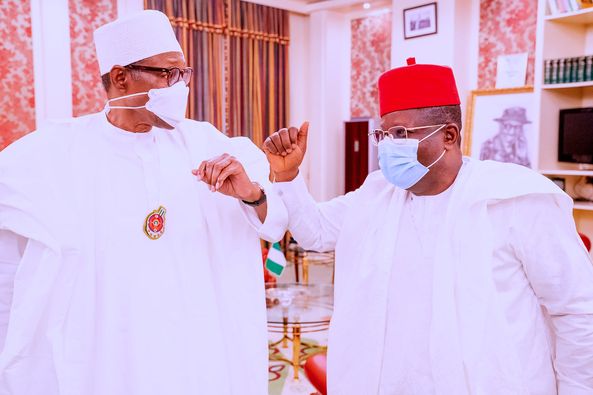 Ebonyi State Governor, Dave Umahi has declared his intention to contest the 2023 presidency after meeting with President Muhammadu Buhari in Abuja.

This is coming 24 hours after former Governor of Lagos, Asiwaju Bola Tinubu met with Buhari and declared interest to contest the presidential election next year.

Umahi said he came to formally inform Buhari of his desire to succeed him in office in 2023.

Speaking with State House Correspondents, Umahi said his presidency would replicate his progressive efforts in Ebonyi at the national level.

According to him, he stood a better chance to emerge as APC presidential candidate going by his pedigree as a governor in one of the South East states.