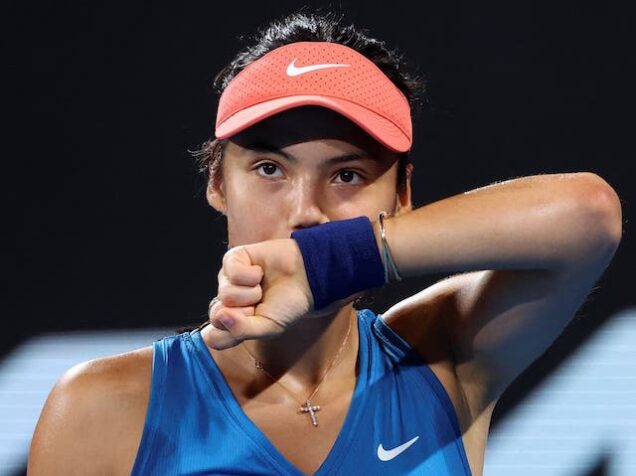 Raducanu lost in the first round of the Sydney Tennis Classic on Tuesday.

Playing her first match this season, she was comprehensively outplayed in the opening set as her Kazakh opponent took advantage of her unsteady serve, which included four double faults.

Rybakina, runner-up to world number one Ash Barty in the Adelaide International on Sunday, kept up the intensity in the second set and clinched the win in just under an hour.

Raducanu was consistently troubled by Rybakina’s deep returns, allowing the 19-year-old little time to settle and leading to a slew of unforced errors.

The loss was a blow to Raducanu’s preparations for the Jan. 17-30 Australian Open, having withdrawn from the warm-up event in Melbourne last week following a positive test for COVID-19.