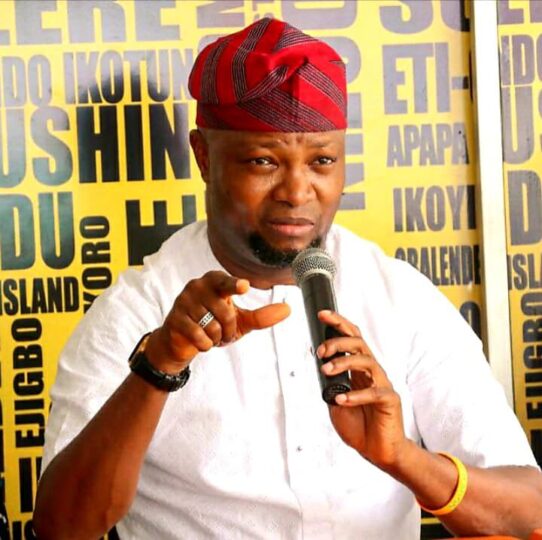 Abdulazeez Adediran of the Lagos4Lagos movement

The Lagos4Lagos Movement, a splinter group within the ruling All Progressives Progress (APC) in Lagos State, has again shifted its official declaration of defection to the Peoples Democratic Party (PDP) to Jan. 21.

Dr Abdul-Azeez Adediran, the Lead Visioner of movement that recently announced defection to the PDP, said this in a statement by the group’s Press Secretary, Mr Kazeem Bakare, on Monday in Lagos.

Adediran disclosed the change of date during an emergency Central Working Committee (CWC) and Local Organising Committee(LOC) meeting of the movement.

The News Agency of Nigeria (NAN) recalls that the movement had initially fixed Dec.18, 2021 for the official declaration for the main opposition party before it was shifted to Jan. 11, then the new date.

“Following growing demand by major stakeholders in the PDP, especially the governors to be part of Dr Abdul–Azeez Adediran (Jandor) formal declaration, the much anticipated event earlier scheduled for Jan. 11 has been shifted to Jan. 21.

“The new date became imperative following an emergency meeting with the leader of the party in Southwest, Seyi Makinde, who is equally the Governor of Oyo State on Sunday, Jan. 10,

“Gov. Makinde expressed the interest of his colleague Governors, federal lawmakers and other major stakeholders who have signified readiness to be part of the grand event,” Adediran said.

According to him, the new date is an opportunity to ‘win more souls’ into the Lagos4Lagos train.

He noted that the request for a change of date by the governors and other stakeholders was a demonstration of the rising profile of the movement and its symbol.

NAN recalls that the movement had in December 2021 announced its defection to PDP after former Senate President, Bukola Saraki, met with the leaders of the aggrieved APC members on Dec. 4 and wooed them into the party.

The aggrieved APC group had held parallel ward, local government and state congresses at different locations in the state over unresolved grievances.

Lagos4Lagos has alleged impunity, marginalisation and imposition of candidates in the APC for its action. (NAN) (www.nannews.ng)